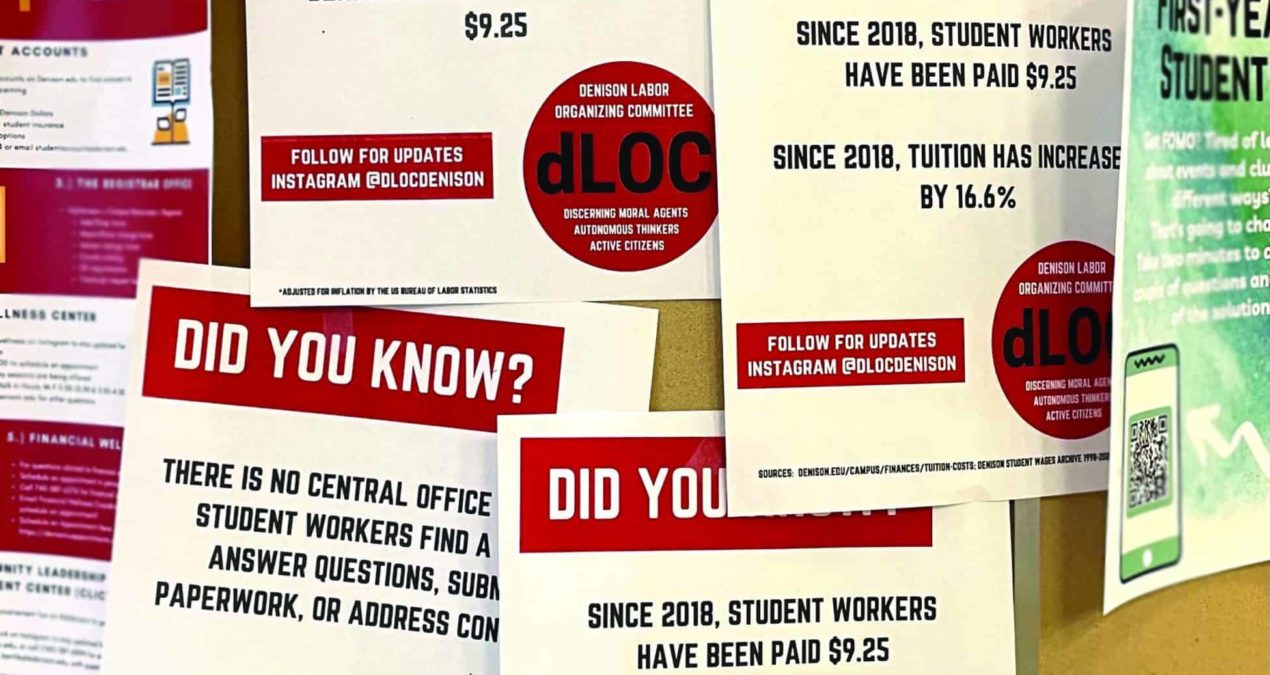 by Lula Burke
No Comments

LULA BURKE, News Editor—With a mirage of posters, a new instagram account and a partly-anonymous article in the Bullsheet, the denison Labor Organizing Committee became known on campus last week. The group is determined to fix various issues involving student and faculty treatment while employed or gaining employment.

dLOC began around the same time that a former Building Service Assistant, Joshua Gingras, published an article in the Bullsheet talking about mistreatment towards BSAs.

Posters spread around campus include statistics about current and past wages, as well as comments from student workers in regard to workplace treatment.

dLOC member Max Giarusso ‘21 said that organization “arose out of a need to push administration to take action on years of overlooked student employment concerns. dLOC’s mission is to work with the admistration to pursue justice, equity, and fairness for all student workers at Denison.

In a responsive Bullsheet article, the group noted that Weinberg’s notion of a student feedback was skewed.

“If Denison Administration wishes to champion a strong, holistic understanding of student  employment needs, they must listen.”

More information is to come. Students can read about the history of dLOC on page 3.