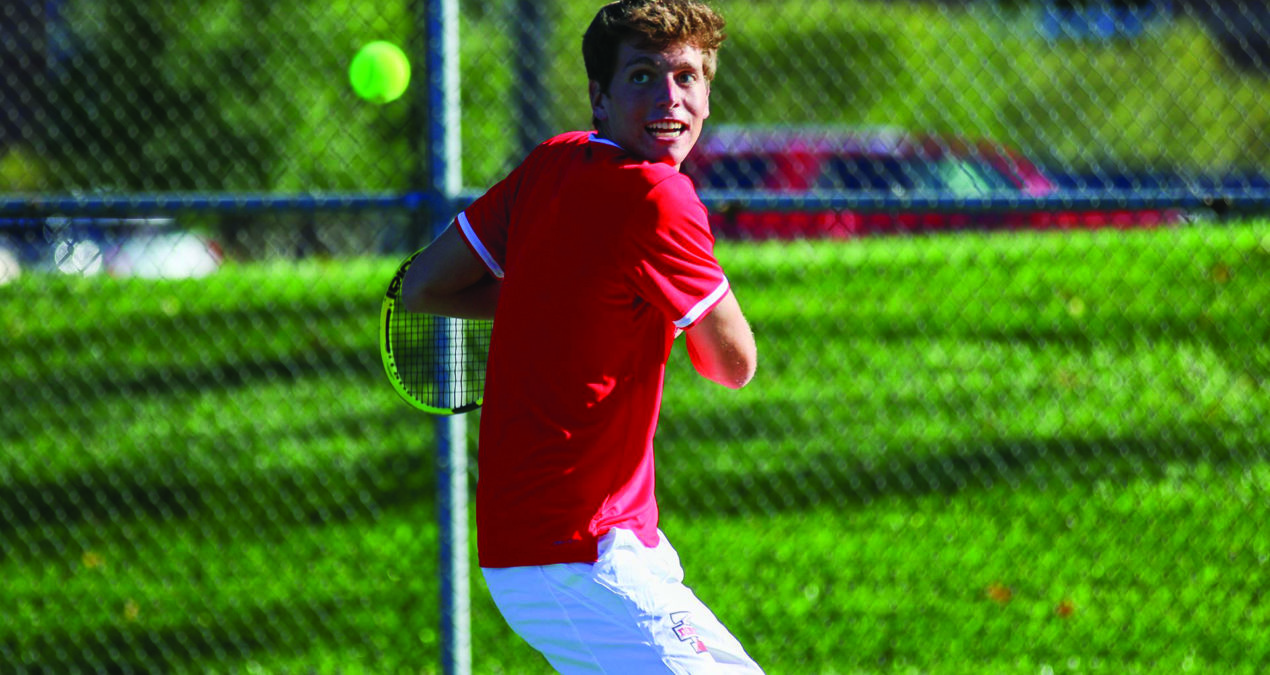 Not only did the Big Red put an end to that losing streak this past Sunday, but they did so in a dominant fashion. Notching an 8-1 victory into their belt, Denison continued their recent reign of terror.

With Sunday’s win they also expanded their overall win streak to five matches. In that time, Big Red has only dropped two courts, one against Wooster and the other against Kenyon.

In the process of rolling through the #14-ranked Kenyon College, the #27-ranked Denison swept the table in doubles play, winning all three courts.

Quickly following them were the pairs of Tim Cianciola ‘22/Jack Bulger ‘23 and Vlad Rotnov ‘21/Patrick McGuigan ‘21, who both won their courts 8-6.

It didn’t take long for the cheers to begin as Denison won their fourth and fifth courts quickly. Tim Cianciola ‘22 made quick work of his opponent with strong 6-0 and 6-1 wins in straight sets. Jack Bulger ‘23 also won his court in straight sets, 6-1 and 6-4.

After the victory was sewn up Marc-Lennart Harms ‘23 and Andy Mackler ‘24 disposed of their opponents. Harms picked up 6-2 and 6-4 victories while Mackler won by scores of 6-1 and 6-4. Both Harms and Mackler won in straight sets too, making it four total straight set victories for Big Red in singles play.

In the final court of the day, Big Red’s Milan Gonela ‘24 was also taken to a third set. He managed to outlast Kenyon’s Evan Dean comeback attempt, ultimately taking the victory by a score of 10-7.

The fellow Denisonians there to cheer on the team made themselves heard with loud and constant cheers and words of encouragement. The energy of the crowd was palpable and full of anticipation, then excitement as Men’s Tennis vanquished their rival.

Also evident from the stands was the energy of the team itself. In between points scored there were elbow bumps exchanged by players on adjacent courts, while those not playing cheered heavily from the sidelines. As the match wound down and courts opened up the teams moved forward for a better view of the courts still being played.

When the day came to a close, the team immediately joined together for victorious cheers, their camaraderie and friendship evident from the stands above.