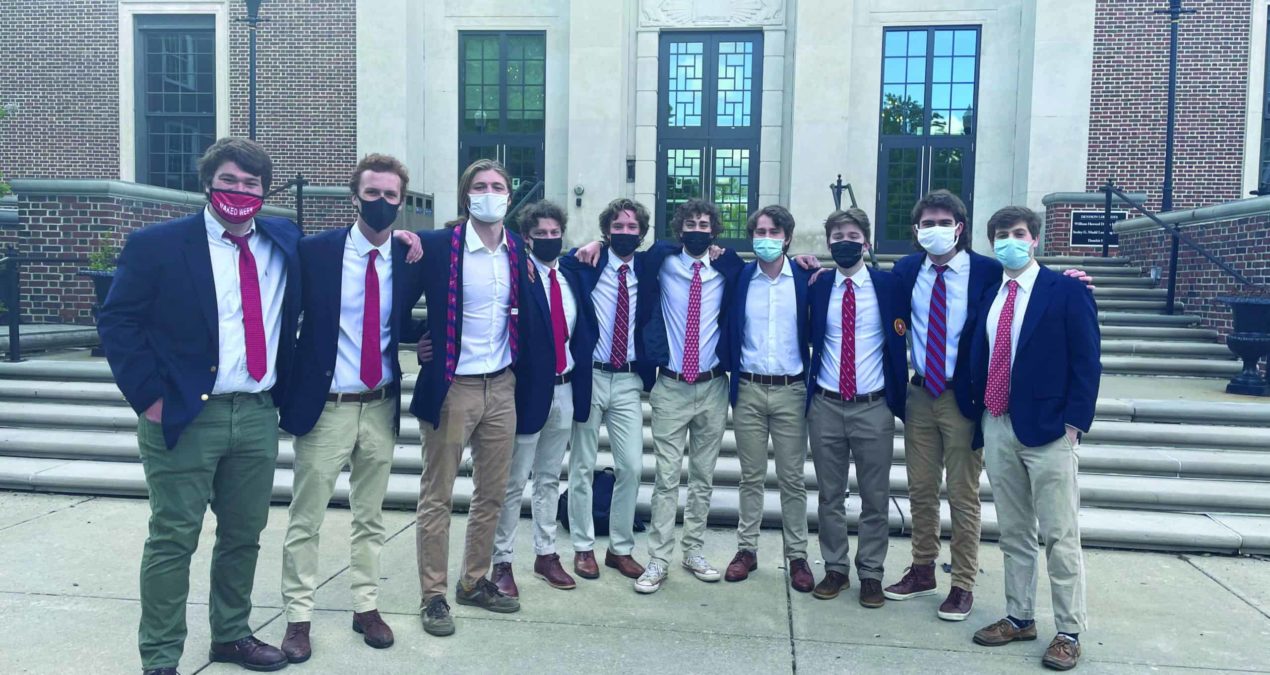 SARAH WUELLNER, Asst. Sports Editor—The arts thrive at Denison through organizations on campus. With the semester coming to a close, these artists began to wrap up their final performances. This past weekend students were able to attend performances of theatre, dance, and singing.The shows went along with the theme “Out with the Old, in with the New” to commemorate the seniors leaving and the new members coming in. The three groups that performed included The Sketch’rs, The Hilltoppers and Burpee’s Seedy Theatrical Company.

The Hilltoppers performed their last acapella show “Out with the Old, In with the New” on Saturday in front of Doane Library. The singers closed their last performance with their traditional songs of Loch Lomond and Seven Bridges Road, along with senior solo performances. Dressed in their dapper khakis, blue jackets and red tie, the men serenaded the crowd on the sunny afternoon. The songs performed included House of Blue Lights, Faith, Tupelo Honey, Versace on the Floor, Call Me Al, Carolina in my Mind, Only You and Change in My Life. The seniors are Adam Cromwell and Quinn Lonergan. Other singers are Liam Mahon ‘22, Sam Wyckoff ‘23, Henry Brooks ‘22, Jacob Randall-Bodman ‘22, Clay Ryan ‘24, Adam Wade ‘22, Charlie Smith ‘23 and Ben Bonebrake ‘22.

Next semester the performance groups will hopefully get to perform without masks for larger live audiences.