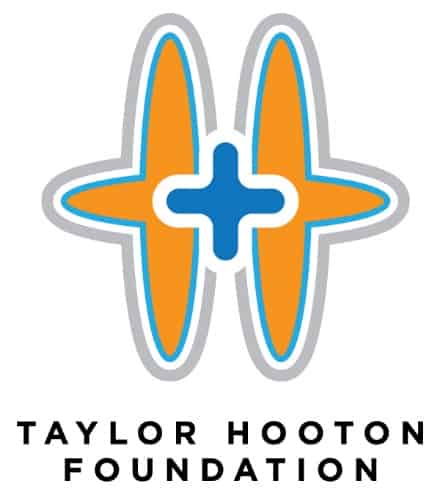 Donald Hooton cites a recent Minnesota University study when he says that, “5-6 percent of middle school and high school boys and 4-5 percent of high school girls are using anabolic steroids…That’s over a million and a half kids.”

He is not the least bit surprised. “So many of our kids today are pressured by body image to look better. Whether that’s through marketing, society, but also the pressure to win, to play at the next level… these kids feel as if to properly fit into society, they have to have that perfect body, to be famous, the kids think they have to be a sports athlete. So everybody that’s on TV, everybody that is successful, they projected to get these kids to have this great body image. And today our kids want it instantly, they want it the fastest way possible,” Hooton says.

Hooton personally came to Denison University last week in order to “educate kids on the dangers of appearance and performance enhancing drugs, dietary supplements, energy drinks, energy shots, anabolic steroids…We’re here to educate them on what it is they are putting in their body, why they don’t need it, and even if it were not against the rules, why they shouldn’t be taking it.”

He also highlighted the universal ignorance about the benefit of real foods in a proper diet, as he believes that “you can get everything necessary for your diet through natural foods, and results also come from working hard.”

“There’s nothing you can’t get in a proper diet, that you can get in a dietary supplement.” He adds, “I am going to challenge the student athletes to bring whatever bottle up, or supplement it is, I want them to read and what you are doing to supplement and what the ingredients are actually doing better than what you could be getting eating vegetables and fruits.”

Hooton says not only do the dietary supplements not work, they may be detrimental to your body.

“20-25 percent of over-the-counter dietary supplements you and I can buy will be spiked with some form of anabolic steroid… so you’re at risk of putting a potentially harmful drug into your body,” he said.

He also talked about the recent scare of pre-workout supplements such as Jack3d, which is presently undergoing a lawsuit due to an ingredient called DMAA (dimethylamylamine) which the New York Times describes as something that “frequently raises blood pressure and heart rate, and could lead to heart attacks.” The New York Times also reports that “In December 2011, after the deaths of two soldiers who had used Jack3d, the Defense Department removed all products containing DMAA from stores on military bases, including more than 100 GNC shops.”

Hooton explains the danger and unnecessity of pre-workouts. “[The pre workouts] increase core temperature and heart rate. What is the first thing you do when you go to the gym? You warm up, which increases your heart rate and your core temperature.”

His motivation is a personal family tragedy stemming from anabolic steroids.

“I lost my younger brother ten years ago after he and a bunch of his friends made the uneducated decision to begin using anabolic steroids,” Hooton says.

In response to his brother’s death, Hooton and his family started the Hooton Foundation to prevent situations like the one his brother, and his family, went through as much as possible for the near future.

The Hooton Foundation’s mission is to “educate North America’s youth and their adult influencers about the dangers of anabolic steroids and Appearance & Performance Enhancing Drugs (APEDS).” Their goal is to ultimately end “the use of APEDS in high schools, middle school, and universities.”

The Hooton Foundation spreads the awareness through a multitude of speakers who talk throughout the country to all forms of student bodies, such as Denison University.

Donald Hooton, the vice president of education of the Hooton Foundation and a former college athlete, implies that the statistics that the NCAA puts out about anabolic steroid use in collegiate sports might be misleading, for he himself “saw 75 percent of the guys at two different [college baseball] schools actively using it, they never had any education about it and had no idea what they were putting in their bodies.”

Also, Hooton explained that a lot of steroids go under the radar on tests and even physical appearance tests because not all steroids do the same thing, even if the public perception of them is that it makes people freakishly hulkish.

Hooton mentions the recent backlash over seven-time Tour de France winning bicyclist Lance Armstrong for his point, “Nobody believed [Lance Armstrong] took steroids. Everybody believed him when he came out and said that he did not use, because he is not a big guy. However, not all steroids make you this big massive person, not everybody is using it for those reasons. The most tested athlete in the world and he never got caught until years after.”

At the end of the day, safety is the number one concern for the Hooton Foundation, an institution that eventually wants to eliminate all sources of APEDs. The only way Hooton feels that is possible is through education.