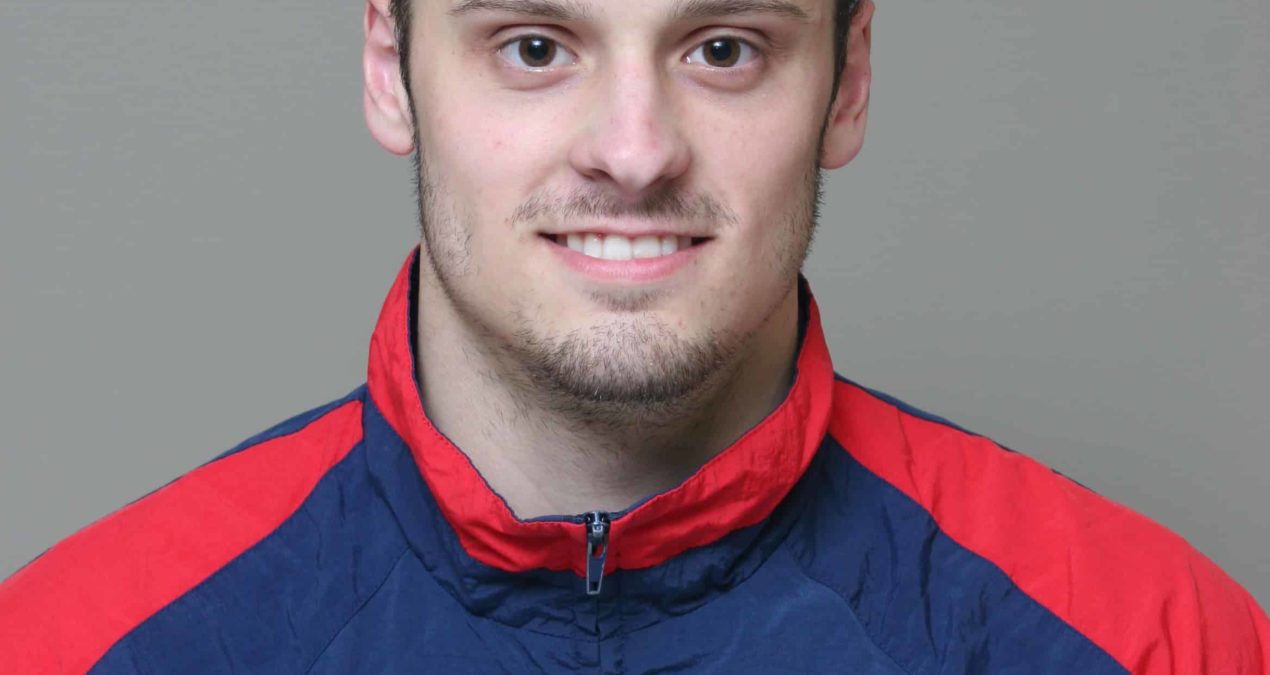 The Miami Invitational in Oxford, Ohio was one of the highlights of the 2013-2014 season Denison Men’s Swimming and Diving team, where they dominated the opposition to get a 1st place finish. A memorable moment from that meet was when junior, Damon Rosenburg ’15 Division III record-breaking performance in the 100 m breaststroke with a time of 53.61.

“Everyone was expecting that we would swim well, but we only had maybe a week, week and half of rest. So no one was expecting the kind of times we saw. It was a real eye-opener to the potential of the team. For me personally, it’s kind of been something in the works, I was going a lot faster during the regular season in comparison to last season. Seconds faster, it was almost not normal! I didn’t expect to go that time at all. It was incredibly fast. It was something I knew that I was capable. But, I thought be something that would come out at Nationals when I was fully rested. Instead of getting back from Thanksgiving break, an easy week of swimming and then go.” Rosenburg said.

Rosenburg had to miss last year’s Miami Invitational because of a foot injury. So, he was extremely motivated to show out at the event this season’s .

“Unfortunately, I broke my foot last year I wasn’t able to participate in Miami. So, I got to sit on the sidelines and number crunch, see how everyone was doing. Being there this year was really special. The craziest thing is that we won by over a thousand points which is just crazy.  Especially going against D-1 teams and Emory.”

Interestingly, Rosenberg actually broke the National record twice that day. In the morning with a time 54.08, but was told by his coaches that he could do better. Luckily, Damon was able to makes the coaches expectations come to fruition later that day.

“I get up at night, I swim again and I kind remember where people were. As I hit the first, second and third wall after that, people were farther behind than they were in the morning. I thought, oh this will be faster.  So, I touch the wall and see that it was 53.61.  This is good! And I get out and in that start contrast to the ‘We can do better’ in the morning, Greg O. Smiley came over and gave me a hug. That was amazing.”

In addition to the recognition given by teammates, coaches, and peers, Sports Illustrated also recognized Damon Rosenburg for his record-breaking performance at the Miami Invitational.

“I actually had no idea. I had a couple people come and say, ‘Hey you’re in Sports Illustrated’, I am? Really? When did this happen? So, I got an email from Craig Hicks, congratulating me about being in there and he’s had a picture of the article ‘Faces in the Crowd’. So that was really cool! I used to read Sports Illustrated all the time. You know ‘Faces in the Crowd’ was always one of those things you would read about and occasionally there were swimmers in there. You see swimmers and there and wow that’s really fast. You never think you are going to be in there until it actually happens. It’s one of those experiences that you can say ‘Yeah that was me! I did this’ and there is a select few people in the country or the nation that can say that.”

Despite all the achievements and successes that the Denison Big Red Swimming and Diving team has made this season, Rosenburg feels that the team still hasn’t has reached it’s ceiling on what it can accomplish this season.

Looking ahead, Damon Roseburg and the Denison Big Red will host the Ohio Wesleyan Battling Bishops on Saturday February 1st and will have two weeks of rest for the NCAC Conference Championships which they will host here.