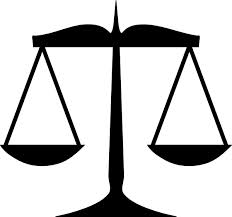 ‘Justice’ in student settlement more blurry than we think

Quite a lot of controversy has been raised in recent days regarding Ms. Gillum’s piece in last week’s issue, and in particular an admittedly imprudent and injudicious quote at its end.  Taken together, success in stirring the cauldron of public outcry is all in a good day’s work.

However, it is also true that the most valuable opinions are the ones which can be substantiated through the discourse of facts, and not mere passion.  To opine is good; to seek to understand, far better.  And as is so often the case, less than all of the facts are at our disposal due to the administration’s rightful privacy concerns, which in turn make it harder for us, as students, to come to an informed judgment.  But here goes…

Reading my peers’ views on this cause celebre both on the newspaper’s website and through social media, it is clear that the potential violation of Mr. Hunt’s due process rights has become a point of contention.  But in order for Mr. Hunt to have been deprived of his constitutional protections – and thus for this rally-round-the-Constitution sentiment to be justified – there had to be a concerted effort to seize them.

So far as I can tell, the assaulted woman in this sordid saga chose to handle her contention internally, without electing to pursue a course of action within the official legal apparatus.  Therefore, the administration was probably justified in following its normal procedure, for his original and alleged crime was never brought against him in court.

The Fifth Amendment was a revolutionary piece of jurisprudence, and its manifold protections give us comfort in the sure knowledge that an overmighty state cannot act with capricious disregard.  But the Framers never intended for it – or, for that matter, every portion of their handiwork – to trickle down to every assemblage or grouping of citizens.

To have sought that would have been an example of the very governmental micromanagement that had proved anathema to them and spurred them to revolt.  Organizations (this college included) have the right to set the standards for their own, and conversely, to withdraw their support whenever those standards are not met.  When Mr. Hunt, his peers, and all of us first stepped onto the Hill as freshmen, we were allowed to do so with the expectation that the Code of Student Conduct would be obeyed.  So what we’re talking about here is a case of broken contract, pure and simple.

However, I am also troubled by Mr. Hunt’s claim that he was not allowed to present evidence in his own defense.  Aside from ignoring something of importance that could have been the deciding factor in his exoneration, it also poorly serves the young woman as well.

When, through administration bungling or snafu, even the slimmest gap of light exists drawing into question the sturdiness of the verdict; if, in essence, there is even the slightest whiff of miscarried justice, then a blame-the-victim mentality emerges, leading inexorably to the snide, disgusting tenor of Mr. Rosenberg’s sound bite.  Following the logic of “Caesar’s wife must be above suspicion,” an airtight case would have done all parties far better than a leaky skiff.