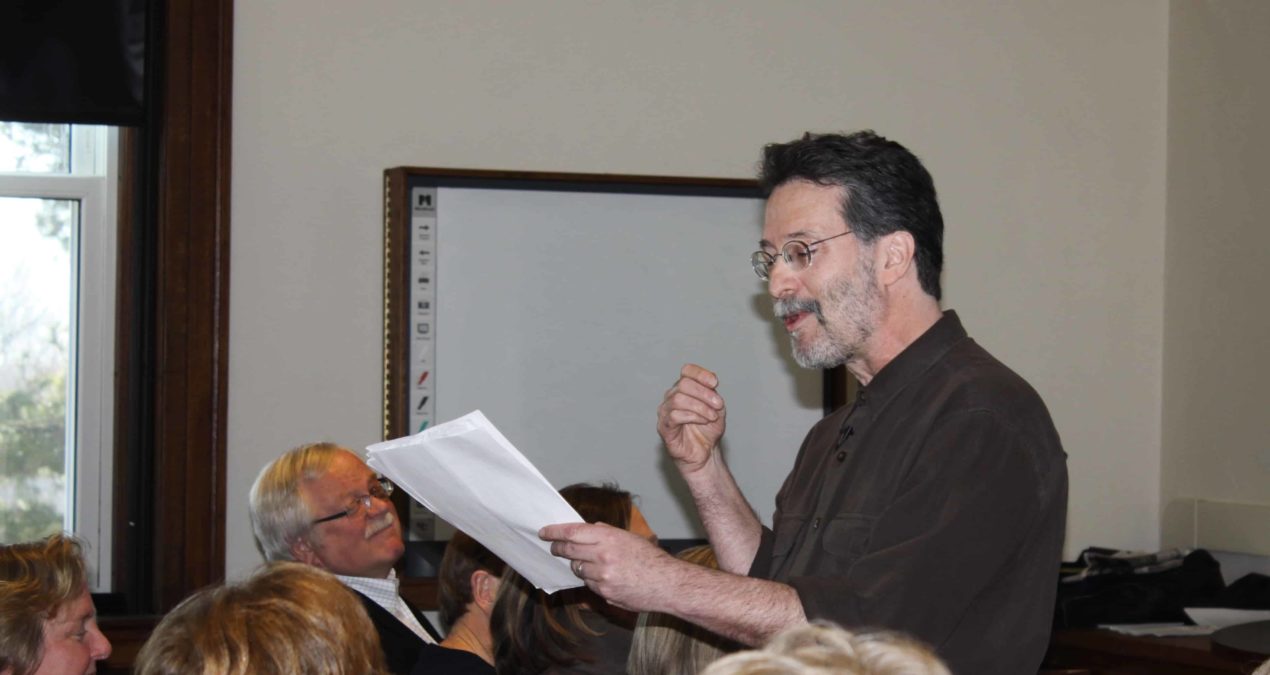 Beck lectures are normally serious affairs, with the English department bringing out their very best for the occasion. And for a lecture series that brings only the best of writers to campus, this respect is earned and deserved.

But on the afternoon of March 13, author Brian Doyle brought some less tense entertainment to a packed Barney-Davis Board Room. He had his audience in tears and gales of laughter with stories that pulled at the heartstrings.

He has worked as a magazine editor and a university professor at the University of Portland. But his job, he said, was as a “story-catcher.” And his lecture was a series of stories, caught from the range of his experience and tamed and shaped by his experienced hands. He wove these stories together to form a message: “If you don’t catch stories that matter, stories with substance, stories with tendon and bone, you can’t do anything.”

His stories often came from the mundane and the tragic. He told many stories of children, both his own childhood and his own young family, that brought the audience to laughter.

He was heavily influenced by the loss of three friends in 9/11, as well as accounts of national tragedy like the Sandy Hook Elementary shooting. “All you can do to fight back,” he said, “is tell stories that are bigger.” And he left his audience with many stories in mind and one on paper: he distributed copies of Dawn and Mary, an essay on the heroes of Sandy Hook.

And he delivered all these messages in a dramatic and captivating manner. Abby Current ‘14, a creative writing major from Leesburg, Ohio, said, “The most impressive thing about Brian Doyle’s reading was how raw he was in his work and in the way he read. He was a very non-traditional reader, walking around and interacting with the audience, and that just made his performance more powerful for me.”

More information about Doyle can be found on the University of Portland website.

His next book, The Plover, is coming out this month. Click here to hear him talk about it.

The Pirates of Penzance drop anchor at Denison