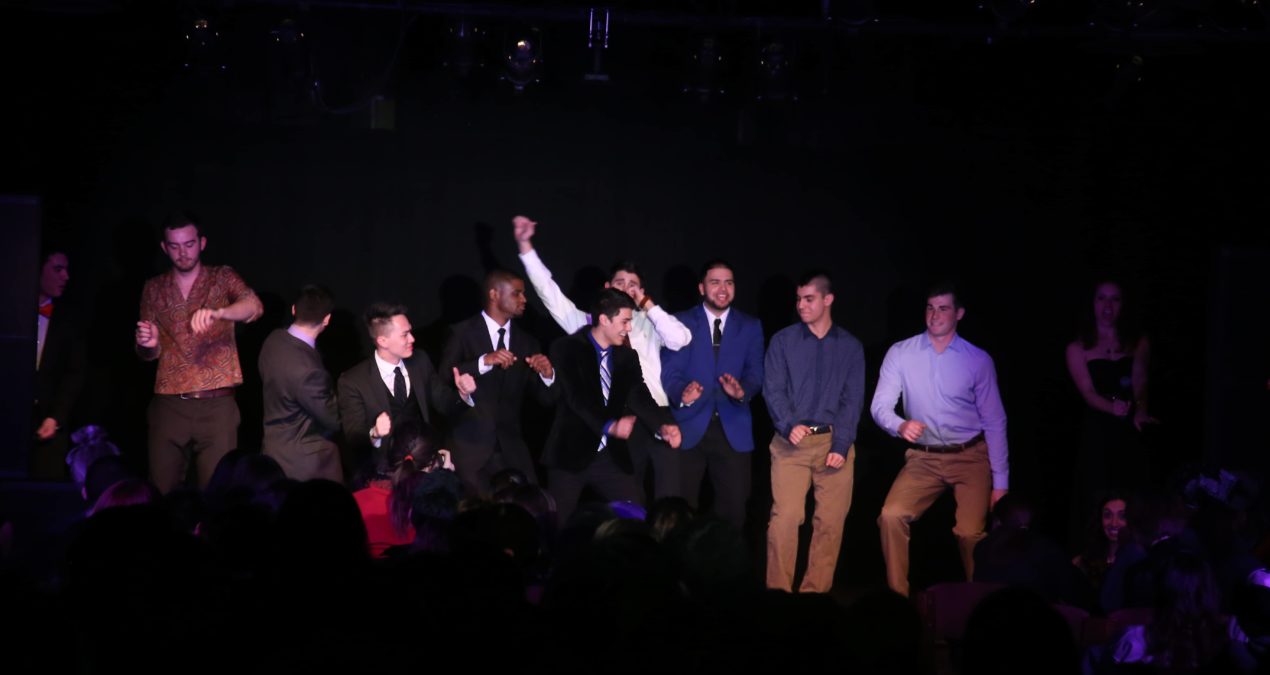 On Mar. 8, the ladies of Sigma Lambda Gamma National Sorority Inc. presented a competition of “smoothness” between a group of young Denison men. The Rico Suave pageant was held in the Roost at 7 p.m., and an after party for the event followed at 11 p.m.

Sigma Lambda Gamma member Jill Hadley ‘16 of Westerville, Ohio commented on what it takes be Rico Suave 2014 when she stated, “It takes enthusiasm, talent, and a hint of smoothness to be a true Rico Suave.”

The Rico Suave pageant has happened annually at Denison since the sorority’s founding in 2009, and raises money for Latino children battling cancer. This year, ten Denison men had the opportunity to display why they deserved to be Rico Suave 2014 through several rounds of competition.

Before the pageant commenced, the men overwhelmingly believed Giancarlo Vita ’17 of Chicago, Ill., would be crowned Rico Suave 2014. The event began with introductions of the men by hosts and Sigma Lambda Gamma members Malissa Vasquez  ’14 from Chicago, Ill., and Nicole Burns ’14 from Sunbury, Ohio.

After introductions of the contestants, the swimsuit competition of the pageant took place. The contestants modeled a variety of swimwear, ranging from lifeguard attire to those daring enough to sport a speedo.

When asked why he was willing to compete, Kevin Torres ’16 of Irvine, Calif., simply replied, “Girls participate in pageants all the time, so why shouldn’t guys compete?”

When the swimwear section had ended the participants showed off their unique talents. Some took to the piano, and some serenaded lucky ladies in the audience. Before the judges deliberated the audience received a more personal look at the contenders with the question and answer section.

All candidates had to answer why they deserved to be Rico Suave 2014, and all had very unique answers. However the men all brought up the point that this competition is about more than just a beauty pageant: Rico Suave is a fun way to raise money for a great cause.

Ben Hsiung ’16 of Huntingdon, Penn., was given the honor of Rico Suave 2014. After Hsiung was crowned, audience members had the opportunity to bid on the men for a romantic date in Slayter the following evening.

All of the money raised during bidding goes to the charity Sigma Lambda Gamma has chosen each year.  The past two years all of the proceeds have gone to Padres Contra el Cáncer.

“Rico Suave is an event specific to Sigma Lambda Gamma, and it is a fantastic fundraiser that no other organization on campus does,” stated Cece McGee ’15 of Chicago, Ill.

Audience member Kalyn Dunkins ‘17 from Birmingham, Ala., gave her opinion on Hsuing’s victory. “Over time it was pretty obvious Ben was going to win the pageant. He was very talented, funny, and dedicated to the competition.”

When Hsiung was asked why he participated in the pageant, Hsiung replied, “I support the cause a lot, but I am also a member of the Multicultural Greek Council and I think it’s important to support one another as a family.”