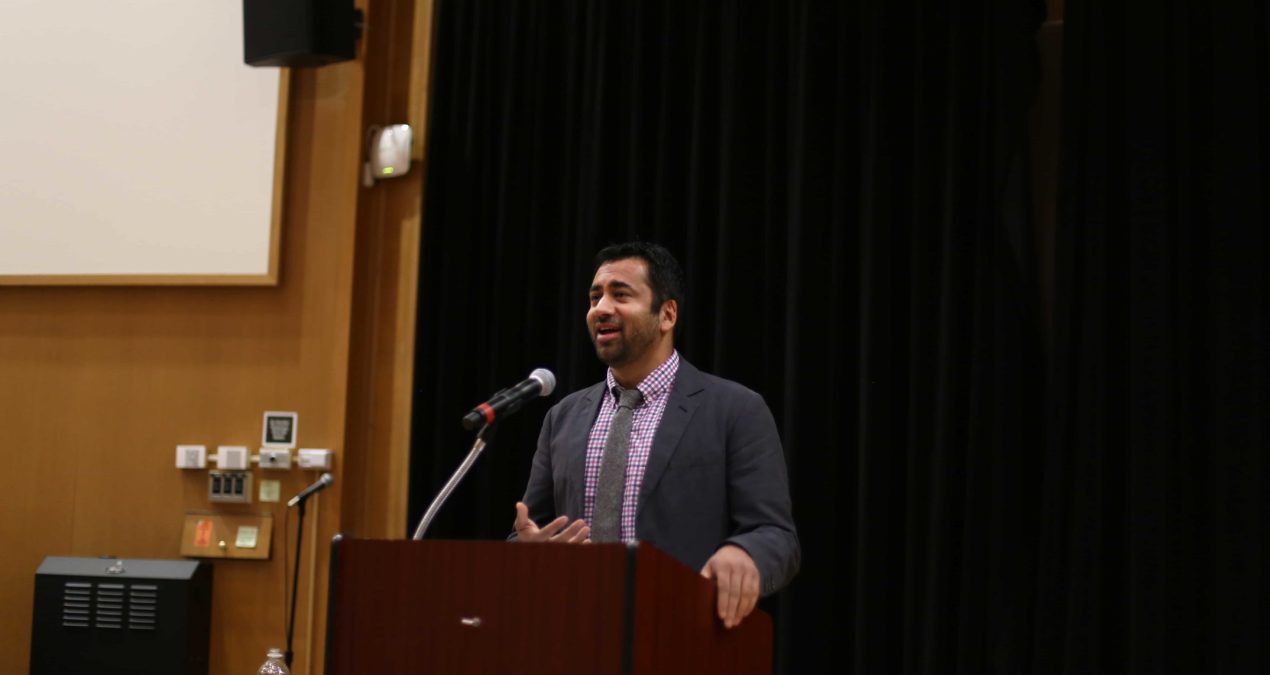 The Denison Democrats hosted “An Evening with Kal Penn” in Herrick Auditorium, where actor, political activist and former staff member for President Obama discussed his time in the White House as well as his journey into acting and the challenges that ensued.

A graduate of UCLA who double majored in film and sociology, Penn opened the event by addressing gender and race issues during his early career as a radio station intern. While viewing job applicants, his boss advised him to discard all the female applicants.  Penn was infuriated by his boss’ ignorant and misogynist management.

Although stereotypes annoyed Penn, his pursuit of a film career drove him to accept important supporting character roles based on stereotypes in movies such as National Lampoon’s Van Wilder.

Originally, Penn never considered being a political activist, but the 2008 presidential campaign for Barack Obama inspired the star to rethink this stance. He became an advocate and became further involved with the Democratic Party.

Penn was later offered a position for Associate Director of the White House Office of Public Engagement. Joking to the audience, Penn remarked: “I couldn’t say no to working with the President.”

Penn discussed the impact of this opportunity, citing his eventual pausing of his acting career. Penn understood the sacrifice, realizing that he dramatically changed roles from actor to advocate.

This time around, Penn is refocusing his role once again.  By reaching out to the arts community and schools, Penn hopes to implement “arts education” programs circled around a positive outlook on youth. Penn also serves as a liaison for the Asian-American and Pacific Islander communities. Kal Penn poses with students following the event, “An Evening with Kal Penn.”

One of Penn’s highlights about working under Obama’s staff is that “Presidents will do things to help the community that you will never hear about because it never gets coverage. That’s the best thing.”

Kal Penn closed the event by sharing some words of advice. In order to make a good first impression, one has “to shave and dress appropriately” for any type of job opportunity and to have something crazy to inspire you and move you forward.

*Changes have been made from the print version.