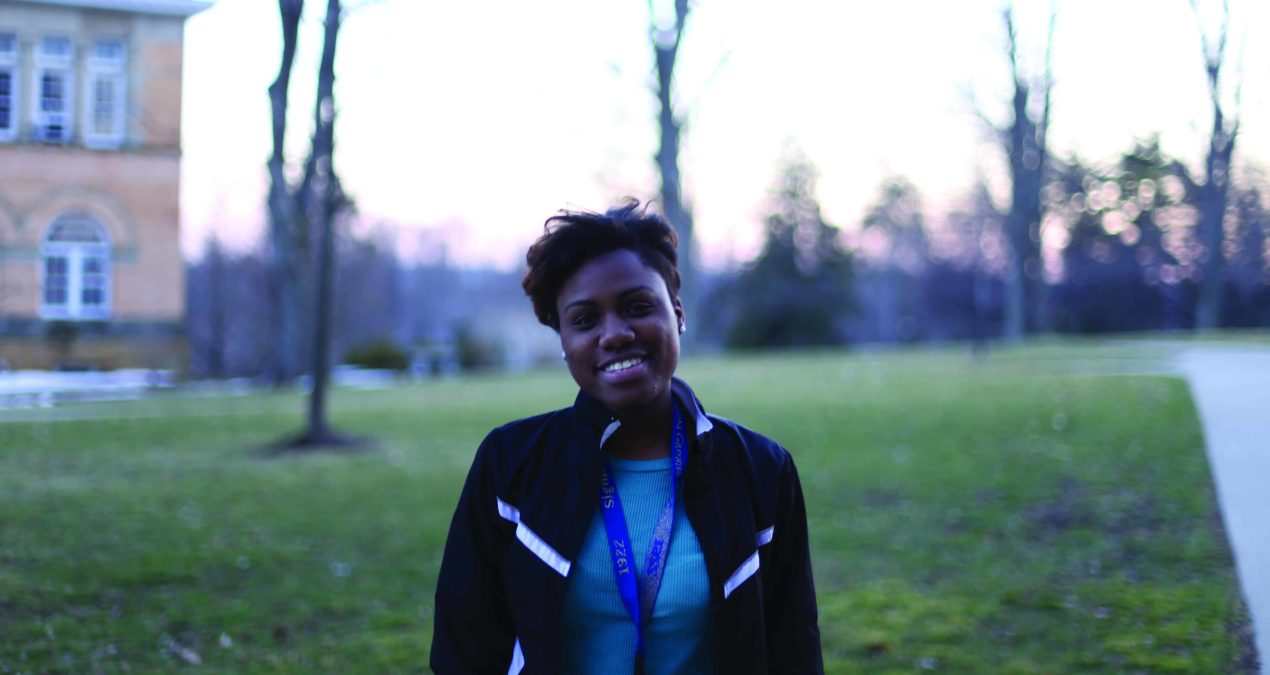 KIARA SIMS ‘14 IS TIRED—and rightfully so. As Finance Chair of the Denison Campus Governance Association, she’s just spent the day reviewing the budgets of more than 160 of Denison’s campus organizations. This time of spring, when everyone else is counting down to summer, Sims is meeting with the finance committee nearly four times a week.

Clutched in her hand is A Chance to Make History, by Wendy Kopp, the founder of Teach for America. The reading isn’t for a class—Sims needs it if she is going to join the usual dozen of Denison’s graduates who join Kopp’s program. Sims, who was accepted to Teach For America as a junior, says she’s reading Kopp’s book to “get myself out of the Denison bubble.”

Sims, who has served on DCGA all four years at Denison and is from Chicago, knows exactly what it’s like to be inside and outside of the Denison bubble. She says that she has “five brothers, and education is not seen as something essential.” She wants to get involved with Teach For America to ensure that education, which she calls “a powerful tool”, is essential for those of disadvantaged backgrounds.

Sims, a black woman, knows the importance of support for those of different backgrounds. She said she became involved with DCGA as the senator for the Black Student Union before being elected as a class senator her junior year. “I wasn’t used to the demographics,” Sims says of her arrival at Denison, which is 80 percent white. As a result, she “latched on to the BSU to provide a voice to a group that felt silenced.”

Sims, who will be graduating in less than two months, says that during her four years at Denison, “strides have been made but more needs to be done.” She adds, “minorities have to push to show that we are there.”

One situation in particular made Sims’ personal opinion a public reality. As Finance Chair, Sims presided over DCGA’s effort to use $500,000 from the reserve fund to better student life. One of the more contentious proposals was La Fuerza Latina, a Latino community group, which wanted a space to celebrate Hispanic language and culture. “I am happy that conversation occurred,” says Sims, “[and] they were able to overcome obstacles.” Sims describes those obstacles: difficult comments from peers and difficult issues, both of which showed “not a lot of people were prepared to have this conversation.”

The reserve fund process, Sims says, helped students, especially freshmen and sophomores, understand the importance of DCGA. Sims says that several younger students came to her after deliberations about the reserve fund and expressed interest in representing their class: “They’re holding their representatives accountable,” she said.

A sociology/anthropology major and political science minor, Kiara Sims plans to do an extension beyond the required two years for Teach For America, and seeks to go to law school when she’s done. Her advice for her peers and future Denisonians? “There are sometimes when things are completely unfair. [But] the biggest defeat is when you decide you don’t have a voice.”

Wuorinen and Phi Delta Theta match for a cure