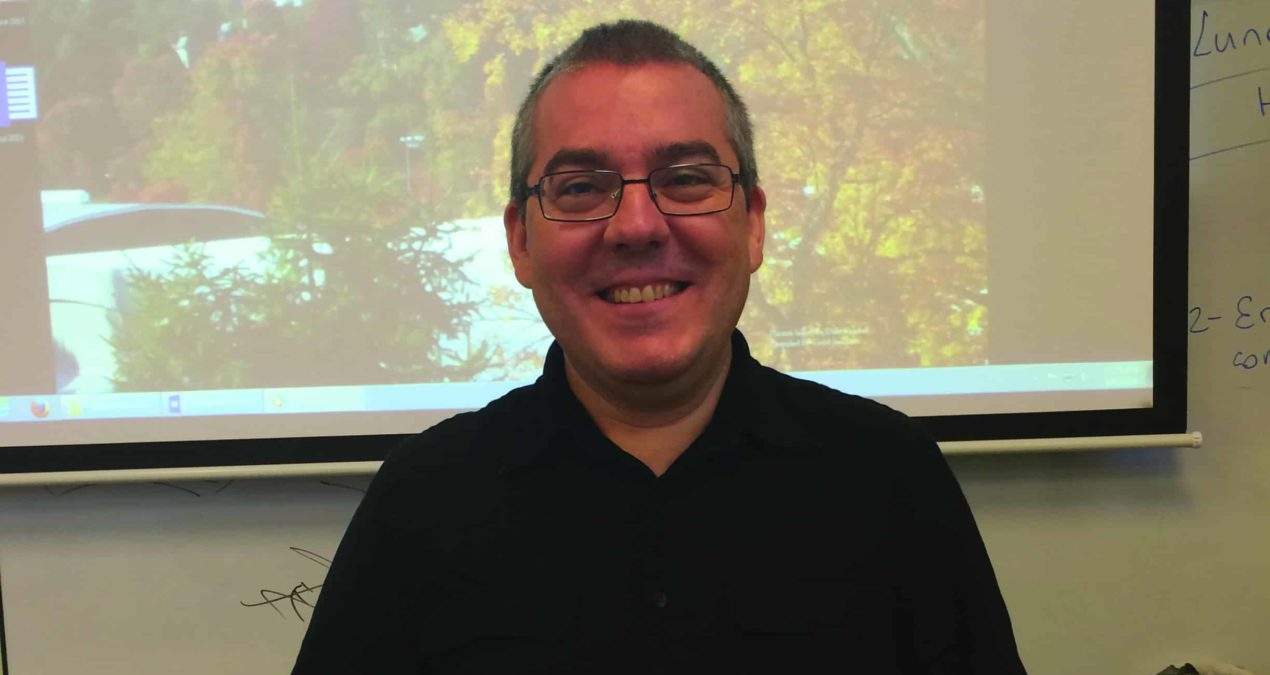 Despite being in Ohio for just over two weeks, new Spanish Professor Rafael Osuna-Montanez already seems at home in the Modern Languages Department at Denison.

Denison’s faculty and Spanish program’s reputation allured Osuna-Montanez to apply for the opening in the Modern Languages Department.

Osuna-Montanez says, “I picked Denison more than Ohio. It’s a big adjustment coming here because I was born and raised in a city; living in a more rural area is hard. When you ask me about what the differences between living in Spain and the U.S., it is more of a culture shock coming to a rural area from the city.”

Although Osuna-Montanez experienced the culture shock of moving from a city in Spain to the country in Ohio, the people who surround him make the process easier.

In the United States, he enjoys how generous, professional, and courteous people seem. Also, Osuna-Montanez greatly appreciates the kindness students and staff have shown him at Denison: “To be completely honest, the students are my favorite thing about Denison. The students who make me feel very comfortable, even though I’ve known them for a week. Everyone is so nice and welcoming and I’m definitely happy here!”

Osuna-Montanez says how he would eventually love to have a huge, beautiful personal library. He declares, “I love reading, but I also love the book as a physical object. I want all of my books on display.”

One of the books that will definitely be on display in this library is Sepharad, by Antonio Muñoz Molina; a novel Osuna-Montanez included in his dissertation. He was able to meet the author, whom he considered a role model.

Osuna-Montanez not only enjoys reading, but also loves watching movies and television shows. He watches one film or an episode a day. Movies and books also help Osuna-Montanez adjust to the culture change from Córdoba to Granville.

He confesses, “Movies and books are how I relax. I like to see anything that makes me think or feel.” One of his favorite movies is the Italian film Cinema Paradiso, which won an Oscar for foreign film.

For his first year at Denison, Osuna-Montanez shares his objectives: “My goal will be to work so hard and to be so good that I will get a chance to stay because I am a visiting professor, but I hope I will pursue the chance to have a permanent position.”