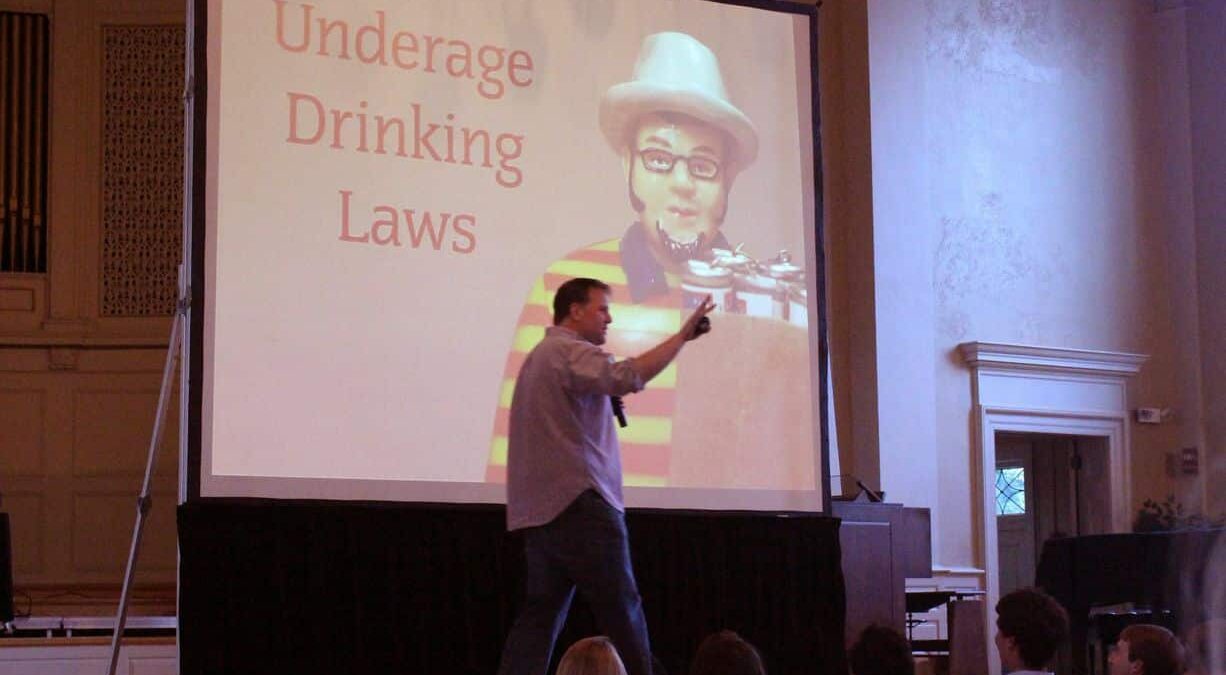 Laughter rang through Swasey Chapel when C.L. Lindsay spoke at the Greek Convocation, an annual lecture held for members of Denison’s fraternity and sorority community, although any student may attend. This lecture, held Sept. 16, aimed to make students more aware of “alcohol, parties and the law.”

Lindsay, a Denison alumnus of the class of ‘93, spoke on how students could “stay out of trouble” when hosting parties. Lindsay is a member of the Coalition for Student and Academic Rights, which he referred to as “a bunch of attorneys that donate pro-bono time to help college kids out of legal trouble.”

“We don’t go and represent them, but we teach students to help themselves. Like if you’re involved with plagiarism, here’s ten things you need to do. It’s almost a teaching thing.”

A large part of his presentation focused on making the students more aware of the laws regarding alcohol and related misdemeanors and the consequences of breaking them. A big focus was on the problem of underage drinking. Lindsay showed the students the cost of serving alcohol to minors, which could run into as much as $2,500 and just short of a year in prison for each minor served.

Lindsay also advised the students on how to be responsible party hosts. He guided them through ways to keep the party in control, how to clean up after it and how to deal with the police if they came to the door. He especially placed emphasis on social host liability, which meant that if anything happened to a person who was served alcohol at the party, the host of the party would be held liable.

What made Lindsay’s talk unique was his method of inserting pictures of figurines of cartoon characters in various scenarios to emphasize his point. His intention was to make his talks more entertaining for students. “When my book [The College Student’s Guide to the Law] came out, my publisher sent me out on a book tour and I thought, God, I can’t stand up there and read law books,” James said. “So we bought a bunch of Barbies and stuff on eBay.”

Lindsay’s lecture concluded with great applause. Kerry Hager ‘17 felt that the talk was humorous and informative. “I bet a lot of people don’t know their rights because no one really reads the student handbook as you saw,” she said, referring to the five students in all of Swasey who had admitted to reading the rules regarding underage drinking.

Housing lottery for next school year, cheers and chaos