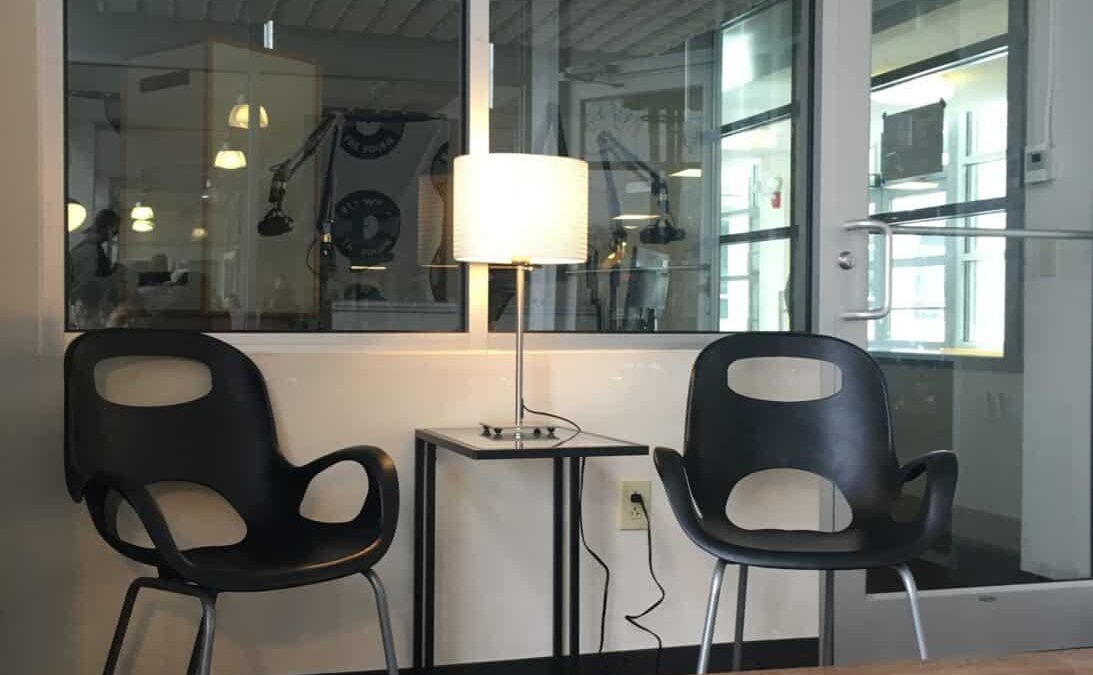 The modifications that the station is undergoing are a work in progress, with more new furniture and decorations coming through the mail room.

Those who are tasked with the remodeling want to make the station feel both modern and hip, while also maintaining the vintage and cozy aspects that contrast so well with the station’s modernity with the addition of new furniture and decorations.

The student-run, non-commercial, 300-watt radio station continues to grow, as it made history in 2014 when the online stream was added to TuneIn Radio, a free internet radio service used by thousands around the world.

Since that time, Denison students have been broadcasting their own musical interests and tastes through the help of TuneIn Radio.

Though very much achieved in the realm of online streaming and radio, Doobie members here at Denison are focusing their attention on making the station space a more welcoming, creative and fun environment.

“The goal was to breathe new life into the station and make DJs even more excited about being a part of WDUB,” Rachel Weaver ‘19, Station Manager and Art Director of the Doobie said. Weaver, coming into the Station Manager position this spring, has taken the responsibility of readjusting the lounge/media room.

The idea is that with a visual overhaul of this space, DJs will be even more motivated to creatively share their ideas and music with the world.

With attention to the little details such as the addition of archived The Denisonian clippings about WDUB from throughout the years along with old station photos, the new and improved studio is a physical time capsule of all things Doobie.

Additionally, the executive board of WDUB plans on searching for student/DJ art to display on the windows to make the station feel more personalized.

Special edition t-shirts are being sold to fund the ongoing revitalization of the station. These shirts can be purchased at the station directly and are priced at $20 a piece. Make sure to tune into the student-run radio station at 91.1 WDUB the Doobie through the TuneIn app or at doobieradio.com.