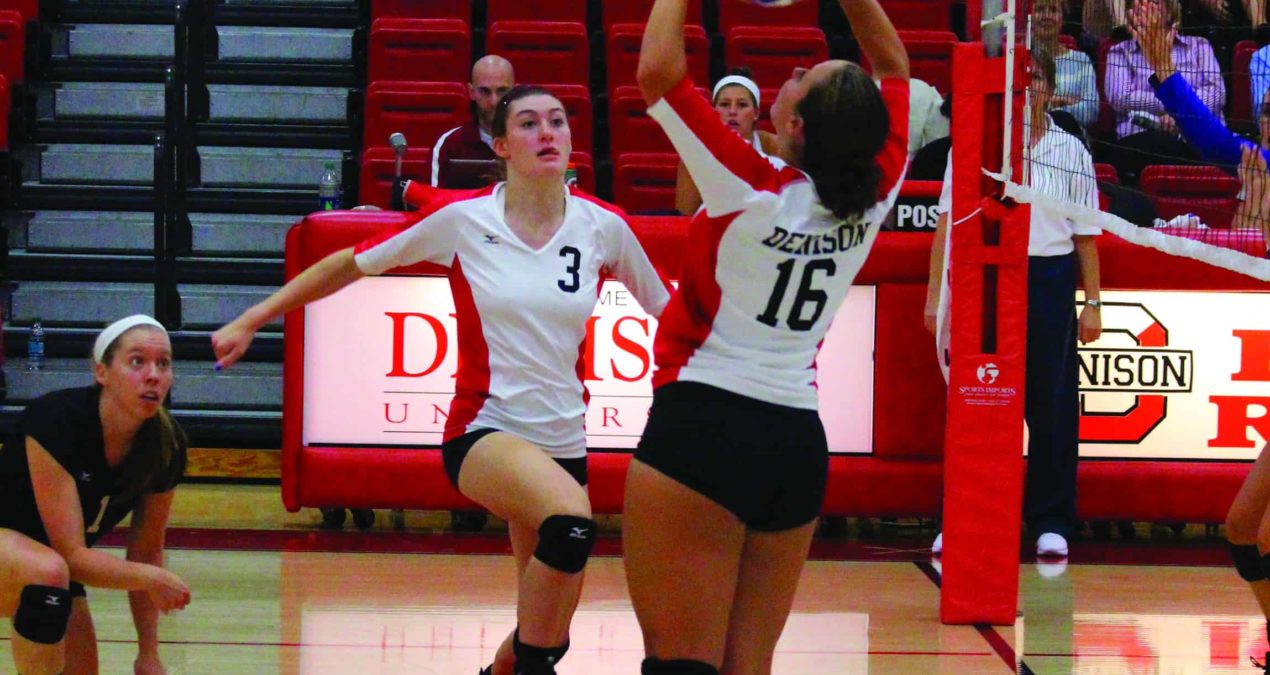 During Volleyball’s most recent match v. Thiel, Rachele Lock ‘17 posted a game-leading 12 kills as DU surged through a squad that was unable to get into the 20’s through all three rounds, as DU won outright 3-0.

After starting this season with a lukewarm 2-5 record, the Big Red women were able to overcome some mounting difficulty as they handily won the next three games in a scoring margin of 9-1.

Annemarie Fischer ‘16 attributes this early surge to the natural growth of the team.

“During those three games that we won, we were able to play more in sync with each other,” she said.

Throughout the season, newcomer Leah Reinfranck ‘18 has been stalwart, posting a team-leading 137 points.

Reinfranck attributes the team’s success to the older players, and how they have helped shape the rest of the squad.

“I really look up to the older girls on the team,” Reinfranck said. “We hold each other to a high standard of performance and that makes us successful.”

A notable match of the season, during the mid-stretch of this winning streak, was an impressive win v. Wilmington while at the Manchester University Invitational.

DU demolished Wilmington, winning 3-0, and holding them to an average of 14.3 points per match.

“Our defense was in position for the majority of the time and that is what leads to wins. The energy during the matches we won was particularly high and it is our goal to maintain that level of energy,” Fischer said.

After posting the three straight wins, DU suffered a major let down by losing twice in a row to in-state competition Otterbein and Marietta.

DU looks to get back into the swing of things, riding momentum after the 3-0 victory v. Thiel. The team will face Ohio Northern on Sept. 23 at 7 p.m.

“Our overall confidence definitely increased after our last win and we will use it to our advantage for Ohio Northern,” Fischer said.