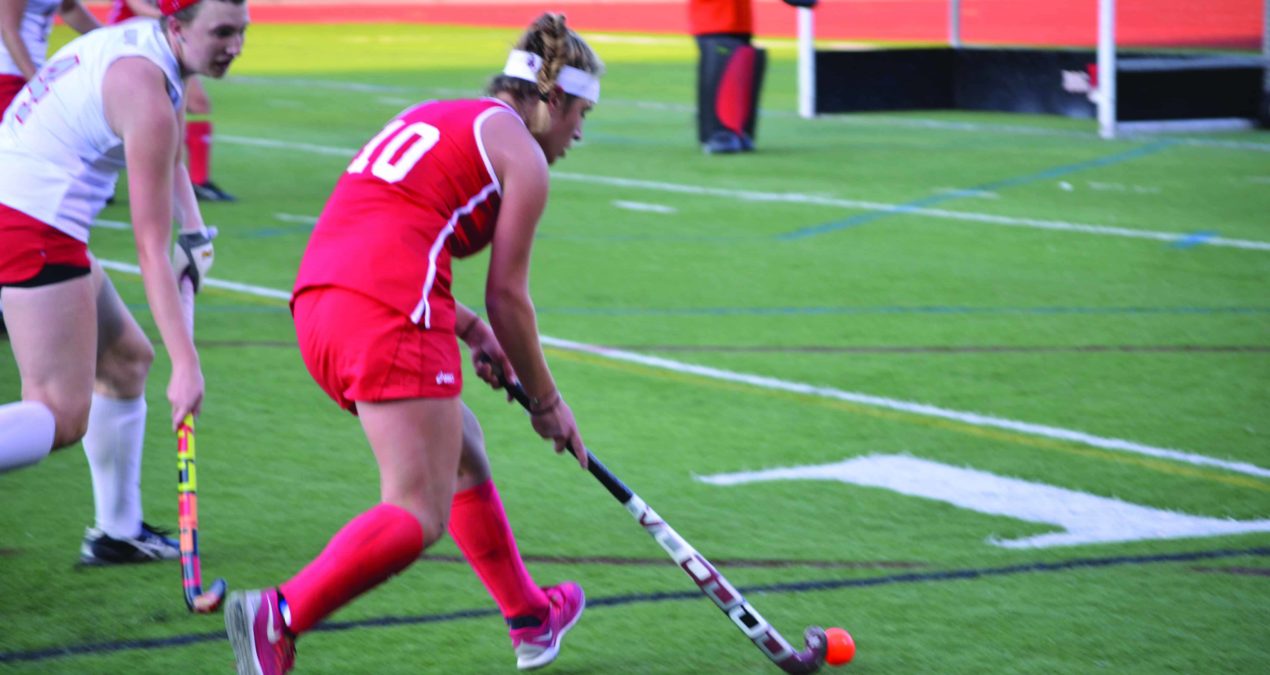 After DU field hockey’s 6-0 shutout victory on the road against the Oberlin Yeowomen, the team had their sights set on a rematch against conference rival DePauw in the NCAC tournament.

The Big Red fell to the DePauw Tigers twice during the regular season and DU was looking for revenge going into the game on Nov. 5 in Greencastle, Ind.

Within the first 10 minutes, forward Britta Marden ‘16 had scored the first goal of the game. The rest of the first half was scoreless.

Molly Chapman ‘15 scored the last goal in the final seconds, which increased the Big Red’s shutout margin to a final score of 2-0. Though they attempted 10 more shots than DU (15), the Tigers were unable to capitalize on these opportunities against the stout Big Red defense.

Forward Abby Martone ‘17 was enthusiastic about the victory.

“Honestly the win against DePauw was a huge win for our team because they are our rivals and we had lost to them both times this season” she said.

“But despite all of that we came out with the mindset that we were going to win and we were going to fight until we put the ball into the cage and came out on top. I believe that the key reason to us winning that game is that we wanted it more than DePauw and the results show that.”

After No. 1 seed Kenyon defeated No. 4 seed Wittenberg on Nov. 5, Denison began priming for a difficult matchup against Kenyon on Nov. 8.

During the season, DU and Kenyon split their two games in conference play.

The first half of the game was a scoreless defensive battle. It was not until the beginning of the second half that Kenyon would break the tie with a goal.

DU tried to get back in the game but they were not able to do so against the airtight Kenyon defense, who only allowed 4 shot attempts throughout the entire game.

The Big Red battled to the bitter end but fell short against the Ladies 1-0 in their final game of the season.

“We fought hard throughout the entire game, and more importantly we fought as a team,” Martone said.

“I personally am so proud of us because throughout all of the postseason we fought with all of our heart and left it all on the field.

“We honestly have nothing to be ashamed of because we came into the postseason as the underdogs ranked at number 4 and we showed the conference that we were a better team than our ranking.”

The team finished the season with a 13-7 record.

“I hate to say it but the season is over for us because we will not be receiving an at-large bid,” Martone said. “Now it is time for us to regroup throughout the winter and spring and focus on next season.”

Football rolls over Oberlin 49-0 in NCAC matchup, improves to 4-1