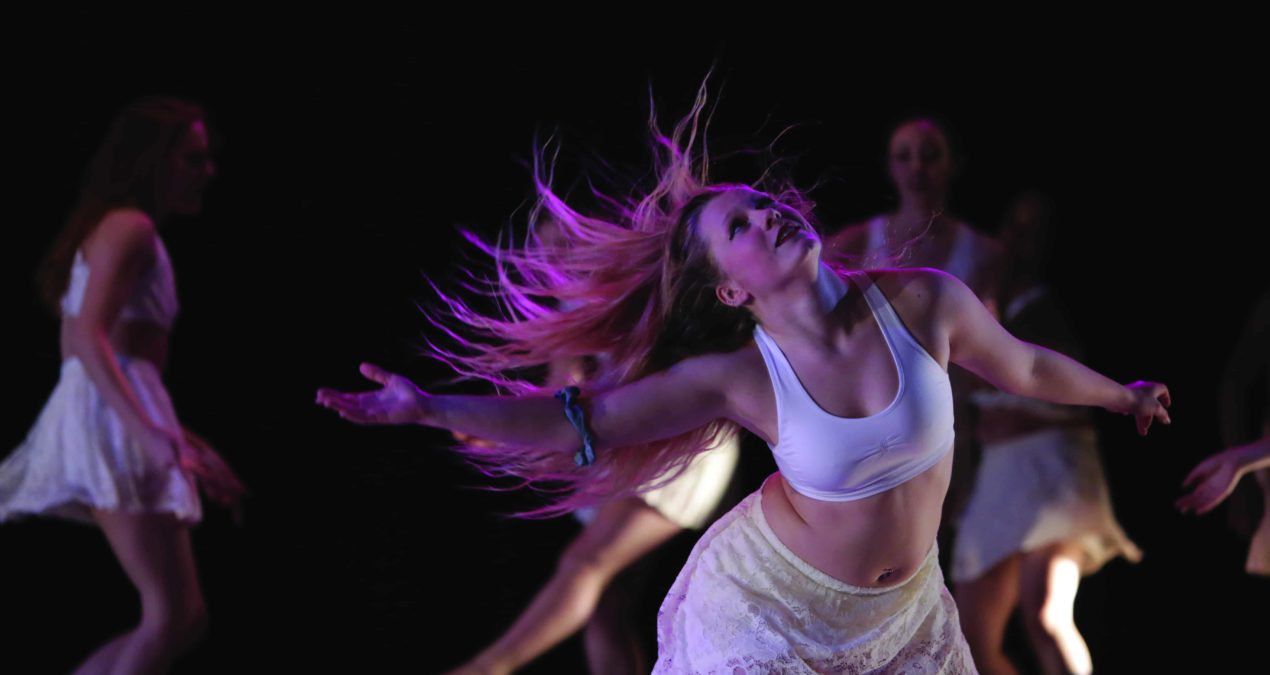 Full of life and strong emotion, Africa Moves captivated the audience’s interest with uniqueness and fluidity incorporated into each piece. The performances took place between April 23 and April 25 in the Doane Dance Center, each showing being presented to a full house of audience members.

“It was a great depiction of culture through dance,” said Imani LaGrone ‘17 from Chicago. “It showed how diverse one place can be. I felt the movement of the dancers –– they made me want to be out on stage with them.”

Africa Moves is a yearly performance sponsored by the Dance Department, and this year it was choreographed by visiting professor Souleymane (Solo) Badolo. Its goal is to bring awareness to those on campus about cultures other than the one a person may self identify with and encourage everyone to learn from those cultures. Africa Moves also works to incorporate experiences of the dancers themselves.

“The part that really touched my heart was that Solo respected the dance of each performer. Instead of asking them to  imitate what his movement was, he learned what theirs was and worked with them to develop something really beautiful and meaningful,” said Gill Miller, professor and chair of the Dance Department. “It was a magnificent demonstration of reverence, deference and honor––a demonstration of true collaboration and mentorship.”

The show opened with Badolo inviting the audience to encircle him as he performed a piece entitled Solo de Solo––not before removing their shoes and wiping their feet first, of course (Badolo’s ritual of respecting the dance space). The meaning and interpretation of this dance was the “survival” and “sharing” that extend the restrictions of genre.

“For me, it’s hard to say a particular dance is my favorite. I’m the one who made those works –– it’s like making children. How can you say you like one over the other?” Badolo said. “My pieces are like my children, I love all of them. I know how I can help them to grow more and be stronger than what they are right now.”

Badalo continued, “Dance is delivering. You have to help the performance to grow. How are you using the space, the costume, the audience? Each time you perform, you think about new things and new details and you have to transform and make it better.”

“Being in two dance pieces was very stressful, especially during this past week, but it was definitely worth it,” said Tanvi Doshi ‘17 from Calcutta, India. “Working with Solo was so different than working with any other professors–– it’s always interesting to see how each choreographer differs in their creative process.”

Danser Ma Vie was a choreographed plea for us to learn how to better love and accept the imperfections in each other. The decorative wardrobe for the piece accentuated a lively pattern of movement that one’s eyes could not help but follow throughout the entire recital. Following this was another solo performance by Badolo, the reprise of his earlier one.

Africa Moves concluded with a piece called Days of 13, a reminder of how dynamic and unique each dancer on stage is. It represents the thirteen different days, personalities and lives of each performer. Although outfits in this piece were more simplistic, the movement of each dancer in angelic white was equally compelling.

“I teach dances from Burkina Faso and Africa, and I like to tell myself I’m not an artist that belongs to a particular country or race or ethnicity or continent. I’m an artist open to the world,” Badolo said. “We should belong to the world as artists making work for the world, not just one community.  I don’t want to limit myself.

“I want to use my background and my roots to share and spread with the rest of the world. That is my vision being an artist, being a dancer, being a teacher.”

The turnout for Africa Moves this year was phenomenal. Badolo is hopeful for future performances. “I see the dancers getting stronger. If we had a chance to work again with them or another group, they’re going to look even better than what we have right now,” he said. “I don’t know if I’ll have a chance to show it again but with any possibility, I would love to.”