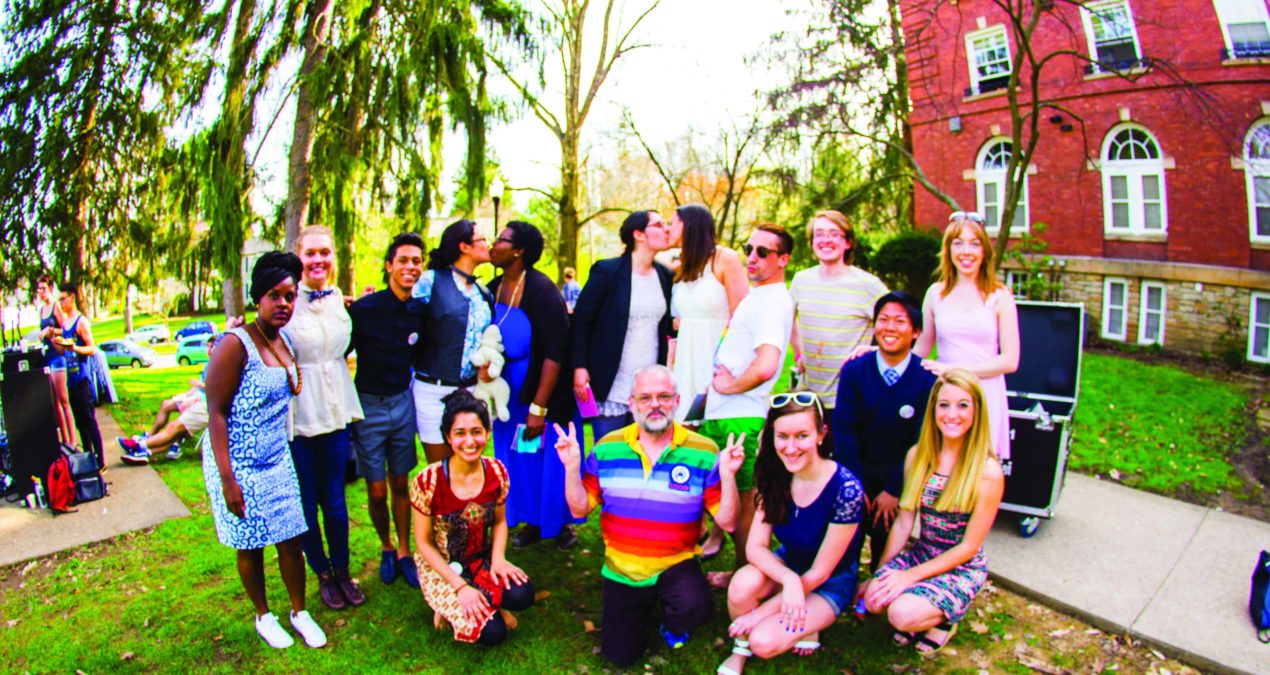 It is fairly common knowledge that food brings families together. Food can solve a crisis, announce an accomplishment and celebrate special moments large and small.

The first annual Taste of Culture was no exception as South Quad welcomed members of the Denison family on April 17th, all too ready and willing to celebrate each other’s diversity and culture with a plate (or four) of various ethnic epicenters as part of the Taste of Culture festival. The event was organized by several student organizations including the National Panhellenic Council and the University Programming Council. Students mingled and munched on tika masala, pad thai and Ethiopian wraps, and by the end of it all it became clear that Taste of Culture was a huge success.

Beyond the vast array of diverse food groups, Taste of Culture also featured several performances from members of the Denison community. The show got underway with a traditional Indian dance. The performance was quickly followed by rappers and singers performing covers and composed new work, the Denison Dazzlers and a traditional African dance. One of the most striking and admirable things about the performances was how talented the performers were at making the audience feel comfortable within their various cultures.

Elliot Avis ‘18 said, “It was a lot of fun and the performers were really into it. You could tell that everyone had worked so hard for it and it was cool to see so many different culture’s performing styles all in one.”

This year, Taste of Culture festival was held in conjunction with a mock wedding that was sponsored by Outlook. The Outlook mock wedding served to commemorate the day of silence in observation of the bullying and harassment towards LGBTQ students across the country.

Instead of a moment of silence, Denison’s Outlook community prefered to make their voices heard and to bring attention to national issues and an issue right on campus. Jeremy Torres ‘18, the Social Chair of the 2015-2016 school year said, “A strong reason we decided to do this is that being silent isn’t practical, especially on the Denison campus.”

He continued, “If you want to make a statement, you do something in front of the public and student body.”

Some of the participants in the Outlook Wedding included Nikki Hurley ‘15 who is currently the President of Outlook. She married Amanda Peiffer ‘16.

“We planned to do this wedding as a celebration of Queer love and Queer identities,” Hurley said.

When Hurley and the rest of the team at Outlook found out that the wedding was scheduled around the same time as Taste of Culture Festival, they immediately began to look at collaborating together.

“We found out it was Taste of Culture and we were like ‘why the heck not combine forces’ because Queer people really don’t have a culture necessarily but we sure do have a lot of love,” Hurley said.

Dr. Laurel Kennedy, Vice President for Student Development, attended the wedding and had high praise for the event. “I adore all four of the students and it was exciting to be a part of their nuptials,” Kennedy said. “It seems appropriate to have a wedding of this nature at an event that is celebrating so many different cultures that are alive and well at Denison.”

Brian Paul Allen ‘17 served as assistant ring bearer at the wedding. Allen said, “This shows that culture can come in many different forms and it is important to be thinking about that on Denison’s campus.”

The purpose of Taste of Culture was to bring the Denison community together to celebrate their differences and to learn to enjoy them. “It was so wonderful to see my culture represented in the festival through performance and cuisine,” Tanvi Gupta ‘18 said. Upon walking onto South Quad, Gupta exclaimed, “It’s my food!” And of course it was; the rest of those present at the event were just lucky to enjoy it.