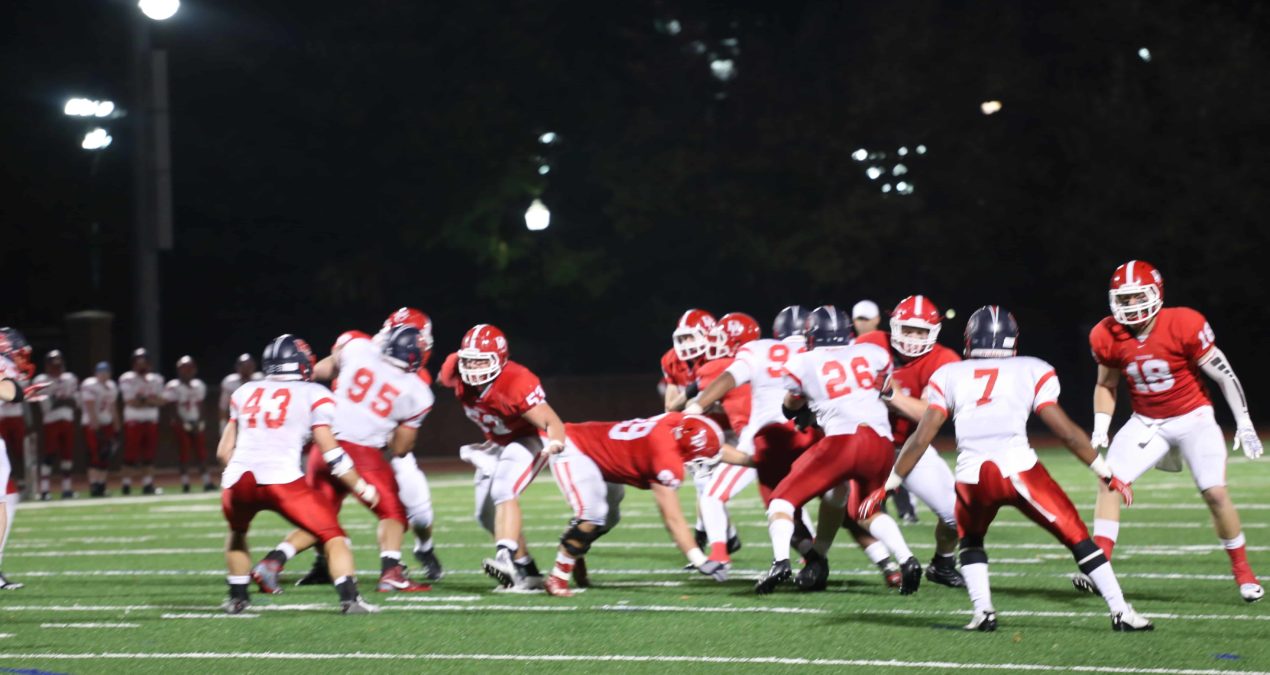 The ninth-ranked Wabash Little Giants lived up to their name after a massive 431 yards of total offense alongside a stingy defensive effort that held the Big Red to just a single touchdown in a 38-7 blowout.

It was a tough day for the Denison offense, as they struggled to string plays together throughout. The Big Red did not have a drive of more than five plays until the second half with only six first downs in the entire game. The Big Red ran the ball on 30 of their 48 offensive plays, though their numerous attempts to establish the run led to just six net yards rushing.

The Little Giants outgained Denison on the ground by a margin of 221-6 while running 81 plays compared to the Big Red’s 48. Wabash had 26 first downs and converted on six of 15 third down attempts. In all, Wabash gained 5.32 yards per play and possessed the ball for over 36 minutes, tiring out a strong Big Red defensive unit.

On the defensive line, Zach Neufeld ’17 had a strong game with nine tackles, four tackles for a loss and two quarterback hurries. “We knew they were going to run the ball down our throats, but I was able to get off the ball and avoid pullers,” Neufeld said. He was right, as Wabash ran the ball on 50 of their 81 offensive plays.

Andrew Baird ‘17 led the defense with 10 tackles. “As a whole defensive unit, I think we played well,” Baird said. “We were put in some tough situations during a few points of the game and I think we handled it well.”

On offense, Canaan Gebele ’19 faced his toughest competition and had a difficult time dealing with the Little Giants. The first-year quarterback finished 11/18 passing for 112 yards and an interception; on the ground, he ran 16 times, including a one-yard rushing touchdown late in the third quarter to put Denison on the board.

The Big Red drove 57 yards downfield on their lone scoring drive, with Gebele finding Dushawn Brown ’16 on two completions for 47 of those yards. Wabash scouted well for the talented Brown because those were his only receptions of the afternoon.

The silver lining for Denison is that they have a great opportunity to end the season with a victory this weekend against the Kenyon Lords. With a win, the Big Red will finish with seven wins in a season for just the second time since 1986.

Saturday is also senior day; 13 seniors will be honored before the game. “They’re a group of some of the most resilient guys I’ve ever played with,” linebacker Anthony Sernus ’17 said about the seniors. “I feel like we’ve been through everything together: waking up at sub-zero temperatures to work out in the winter, practicing two-a-days during training camp, and the ups and downs during the season. I have a really fond respect for each of them, and it’s hard to think that we’re gonna be playing in their last game in a Big Red uniform.”

Kickoff against the Lords is at 1 p.m. from Deeds Field-Piper Stadium.