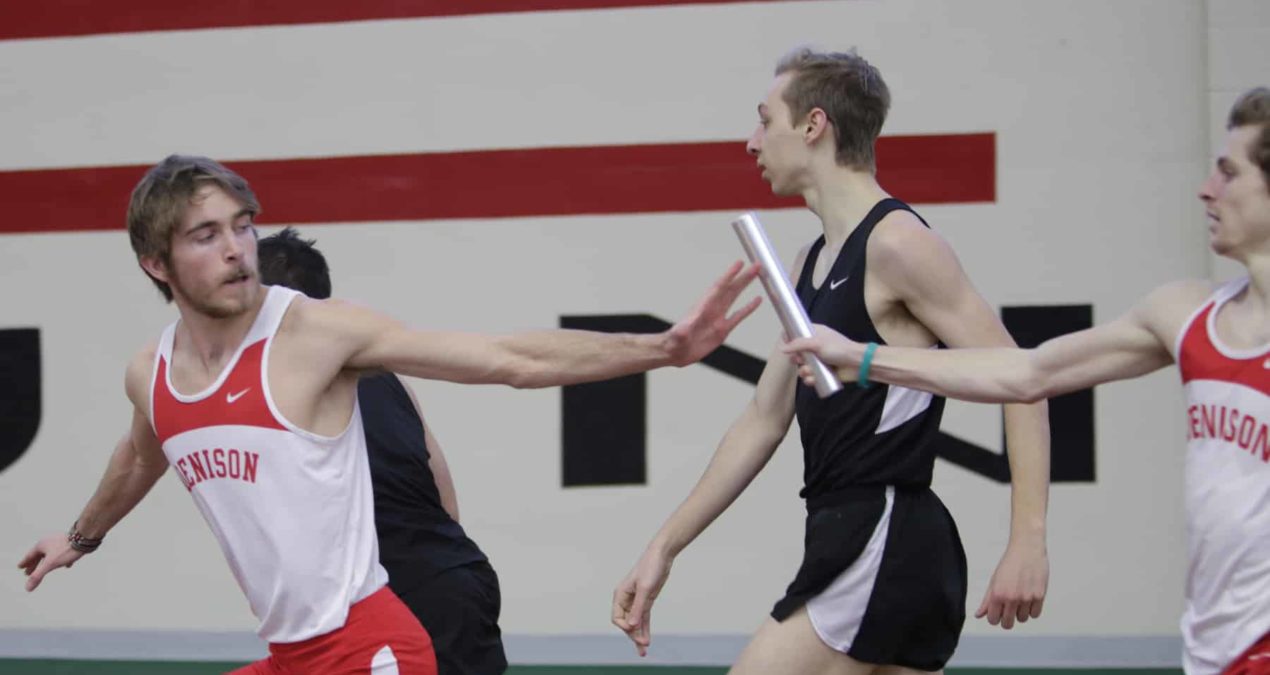 Track and Field tie for fourth with Kenyon College

Mitchell Fieldhouse was the place to be last Saturday as the Big Red competed in the Bob Shannon Invitational. Both the men’s and women’s team performed well, the women’s team tying fourth with Kenyon College at 62 points and the men’s team placing sixth with 48 points.

Distance runner Emily Grabauskas ’18 from Annandale, Va. raced in the mile and won with a time of 5:24.79.

“I’m really pleased and excited because I was injured last year and haven’t competed in the mile since my senior year of high school,” Grabauskas said. “I think that as a team we did really well overall because we placed fourth out of a large number of highly competitive teams.”

With ten teams competing in the meet, competition was high. Although fourth place is admirable, some believe that it was not reflective of the team’s hard work this season.

“I do not think our placement (fourth) is a true portrayal of our team,” said Shelby Jude ’17 from Hebron, Ohio. “We are preparing for All-Ohio next weekend, so we had some people doing different events while others did not compete at all. Even with this, we still had some great finishes.”

Similar to the women’s team, the men’s team also had some top finishes even with so many athletes competing.

“Although competing against so many schools made the meet last a lot longer, it brought some great competition,” Mitch Keller ’16, from Glen Rock, N.J said. Keller ran the distance medley relay with Zach Cove ’17, Zach Munn ‘18 and Niall Clancey ’19, and they finished first with a time of 10:40.65. This relay team also took second in the 4×400 relay with a time of 3:32.88.

“As a team we’ve been focusing recently on making small improvements every week. We worked hard this week and I believe that we improved across the board,” Quenton Richards ‘16 from Franklin, Ohio said. Richards ran the 60 meter dash, 200 meter dash, and the 4×200 relay. He ran the 60 meter in 7.2 seconds, placing sixth.

Mollie Evans ’16 from Lakewood, Ohio said that this meet served as excellent preparation for their next meet, “I think it was a really good experience for our team to compete against so many other people and it set us up really well for All-Ohio this weekend.”

The Big Red will compete next Saturday, Feb. 13 in Westerville, Ohio.