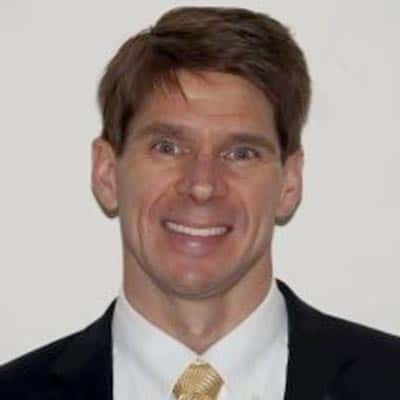 David English is an administrator bent on keeping Denison moving forward. After taking over for Seth Patton this past summer, English inherited the title of Chief Financial Officer and Vice President for Finance and Management. With the title comes the responsibility of keeping the college’s lights on, doors open and the IRS off Denison’s back.

Vice President for Finance and Management English  credits the leadership of  President  Adam Weinberg  as a crucial reason to why he applied for the position.

English goes on to explain that “Denison is exactly the sweet spot at least for what I do.  Denison has the wealth of some of the very top liberal arts schools. … We have upside, we can move up in the rankings and we have the financial wherewithal to be able to do it.”

The location of Granville is an ideal setting for English, as his wife is from Ohio and his family resides on the east coast. When English moved to Ohio and accepted the position of Vice President for Finance and Management, he quickly became acquainted with the Senior Staff here at Denison.

“They are an outstanding senior team team that get along very well. We are fortunate we have people who ask the right questions and want to lead but also do it in a very collegial way” English said.

Even before English’s arrival at Denison University, the college has in recent years been experiencing rapid changes in relation to its commitment to preserve historic Granville. During the waning years of Vice President emeritus Seth Patton’s tenure, Granville Golf Course Co. gifted Denison University The Granville Golf Course. The golf course was subsequently renamed the Denison Golf Club at Granville, and in the spring of 2015 the previously purchased Granville Inn had its renovations completed at a cost of nearly nine million dollars.

“The Inn and the Golf Course were probably more in line with our commitment to the community. I don’t think the commitment changes, just some of the opportunities happened. I think that really some of the changes that are happening are curricular changes… I think they are more indicative of our wiliness to make changes to adapt to where we are going.”

“I deeply value David’s collaborative spirit, the multiple perspectives he considers when examining complex campus issues, and the ways he has immersed himself in the Denison community.  He’s a great colleague, and I’m glad he has joined our Denison family.”

English believes that his background has helped shape the way in which he conducts his job. He received his B.A. from the University of Pennsylvania and his M.B.A. from the College of William and Mary.

“I started off at the University of Pennsylvania as an Engineer and I ended up with a degree in American History,” English said. “The degree in history is incredibly important because a lot of what I do is communicate. Most of the time you work in environments you can’t just dictate, you need to pose a rational argument.”

English is familiar with the small town atmosphere of Granville. “I grew up in South-Central Pennsylvania in a tiny little town of two thousand people and one stop-light.” Today he works in a small town in South Central Ohio with a student population around two thousand. Funny how things work out.