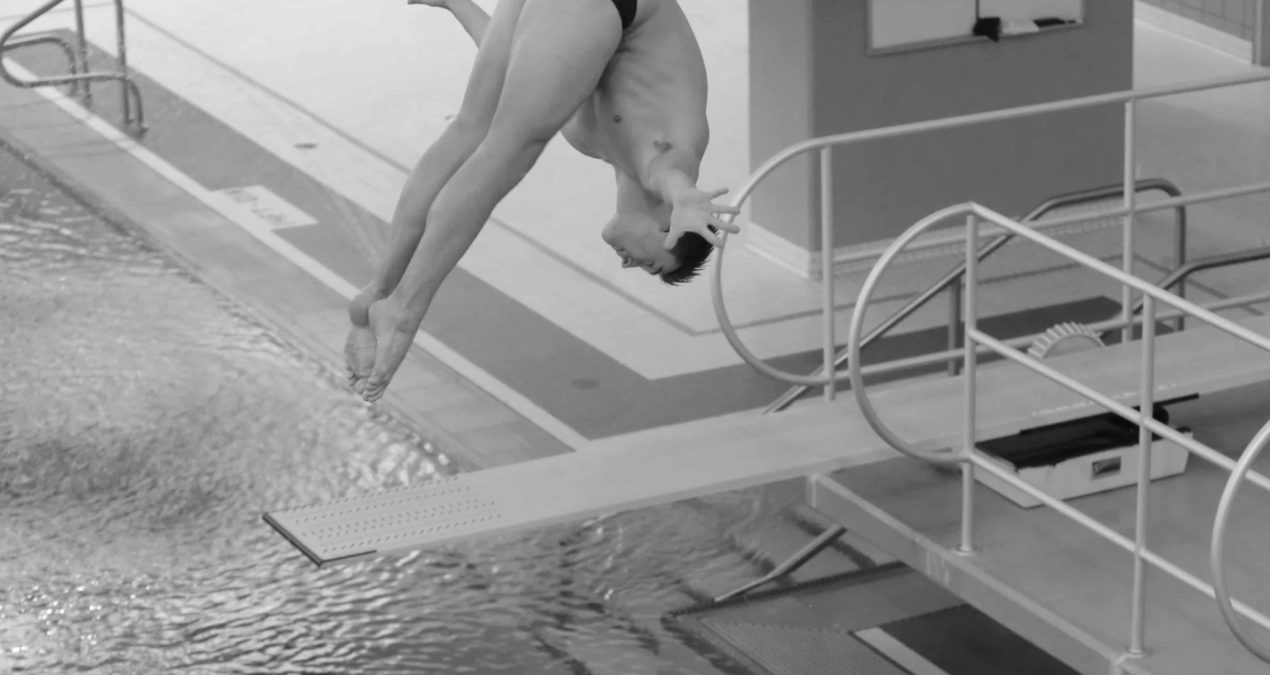 Max Levy ‘17 barely made a splash as he entered the water from the three-meter springboard, a beautiful finish to his two-and-a-half somersault and two twist dive that earned 66.0 points from the judges.

His final score was enough to place him above teammates Ben Lewis ‘16 and Brian Allen ‘17, who together earned a first-through-third sweep of the three-meter diving competition at the Regional Diving Championships hosted last weekend at the Trumbull Aquatics Center.  Nathan Lightman ‘16 was not far behind.  He placed seventh in the three-meter competition.

Denison Diving posted similar success in the one-meter competition. Levy, Lewis and Allen again took the one-through-three spots. Nathan Lightman ‘16 followed close behind in sixth place, a performance that was worthy of an invitation to the NCAA National Championships held in Greensboro, N.C. – the second year in a row that all of the men’s divers earned invitations to Nationals.

Denison diving’s continued success, though exciting, has come as no surprise.

“I think that we all did what we were supposed to,” Allen said. “We got up there and did what we normally do. I was very proud of our performance this weekend.”

In addition to his teammates, “I was very proud of my individual performance as well,” Allen said.

These four national qualifications pose a unique problem for the swim and dive team. For the second time in Denison men’s swimming and diving history, the team has more qualifiers than roster spots. The NCAA allows 18 roster spots at the national competition. Because one diver counts as a third of a roster spot, and 17 men qualified in swimming events, there is an extra qualifier – swimmer or diver— who will not compete at the national meet.

The last “19th” man for Denison Men’s Swimming and Diving was Darius Grigaliunas, ’00. While he qualified for nationals, he was the extra roster spot that could not compete. Though disappointing, the setback was not career-defining. Grigaliunas later went on to represent Lithuania in the 2004 Olympic Games in Athens.