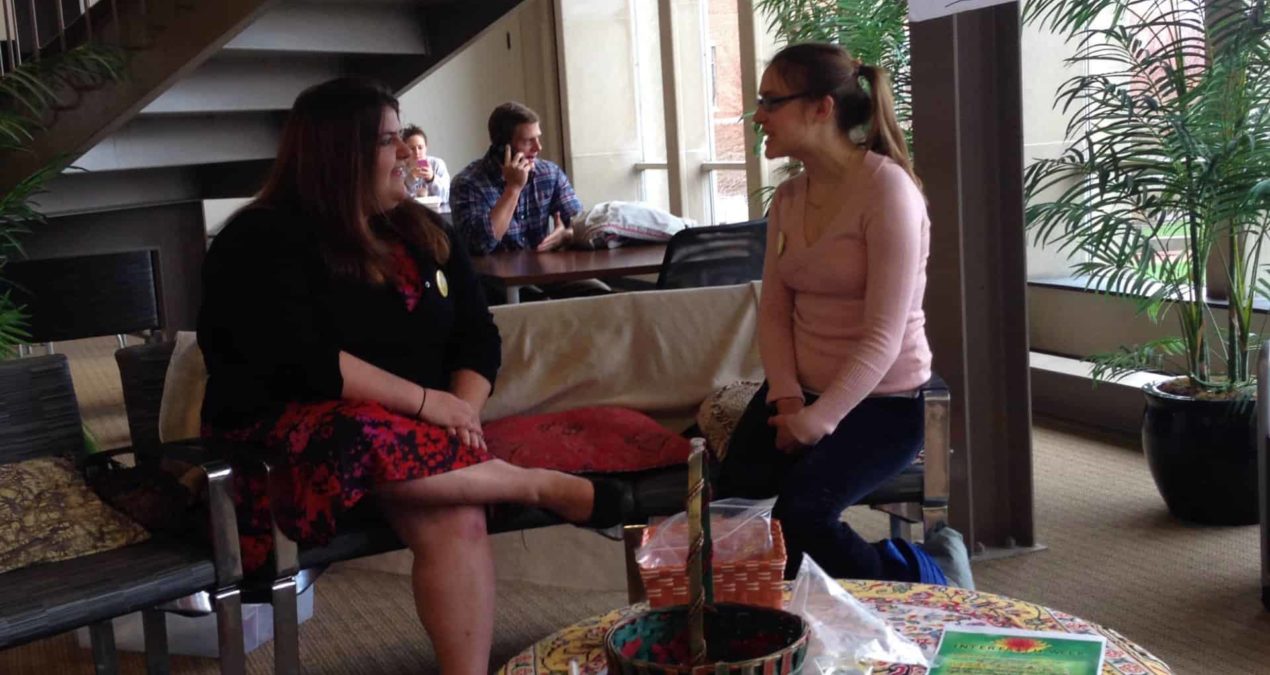 Politics and religion are two things that should never be talked about over dinner, or so the saying goes. However, at least for the latter half, that’s exactly what Denison Religious Understanding (DRU) seeks to promote –  candid conversations about faith over a home cooked meal.

Last Monday members of the organization kick started a new endeavor on campus, Interfaith Week, by gathering students and faculty in a cozy space in the Open House to dialogue about celebrating difference.

Traces of this theme trickled down to the rest of the activities of the week which included ‘conversation couches’ and ‘chai time,’ delivering spaces for intimate dialogue between students on faith based issues and exploring personal journeys.

The endeavor was taken on by the Interfaith Council which was formed last Spring and consists of students from diverse religious and even non-religious backgrounds.

An attendant and member of DRU, Claire Cappelle ‘17 appreciated the vulnerability that participants shared, reflecting that “we got to talk about issues specifically on Denison’s campus. Some people have had positive and negative experiences with religion on campus, but being able to talk about them was very unique.”

On the importance of creating these spaces for open dialogue, Megan Lovely ‘19, a member of the IFC, believes “the purpose of the conversation isn’t to defend one’s beliefs or critique Denison’s diversity, but rather to openly share our experiences and have those experiences be listened to and validated. I believe it’s a unique and sacred place for those reasons.”

Although the depth of the conversations was touching and poignant to the participants, the attendance of the events holistically was subpar, but members of the IFC are optimistic about the future.

“I think Interfaith Week has nowhere to go but up,” says Steven Simpkins ‘16, a representative of the Canterbury Club, an Episcopalian student group on campus.

Simpkins added, “I am a senior so I won’t be in the know, but as Interfaith Council determines and learns what its purpose is on campus in the coming years I suspect Interfaith Week will have more diverse, well planned events.”

Though just in their first year, as Interfaith Week continuous to grow, Gemma Aldana, President of DRU, hopes the core message will remain the same, saying, “They’re events meant to spark conversation around questions of faith, religion, spirituality, and other forms of belief.”

Aldana added, “The idea of interfaith is that speaking about our values helps us to understand one another’s motivations, inspirations, and strengths for contributing to the community in the ways we do. These conversations build relationships that allow us to better support one another and to work cooperatively.”

Bojack Horseman graces the stage for the first time