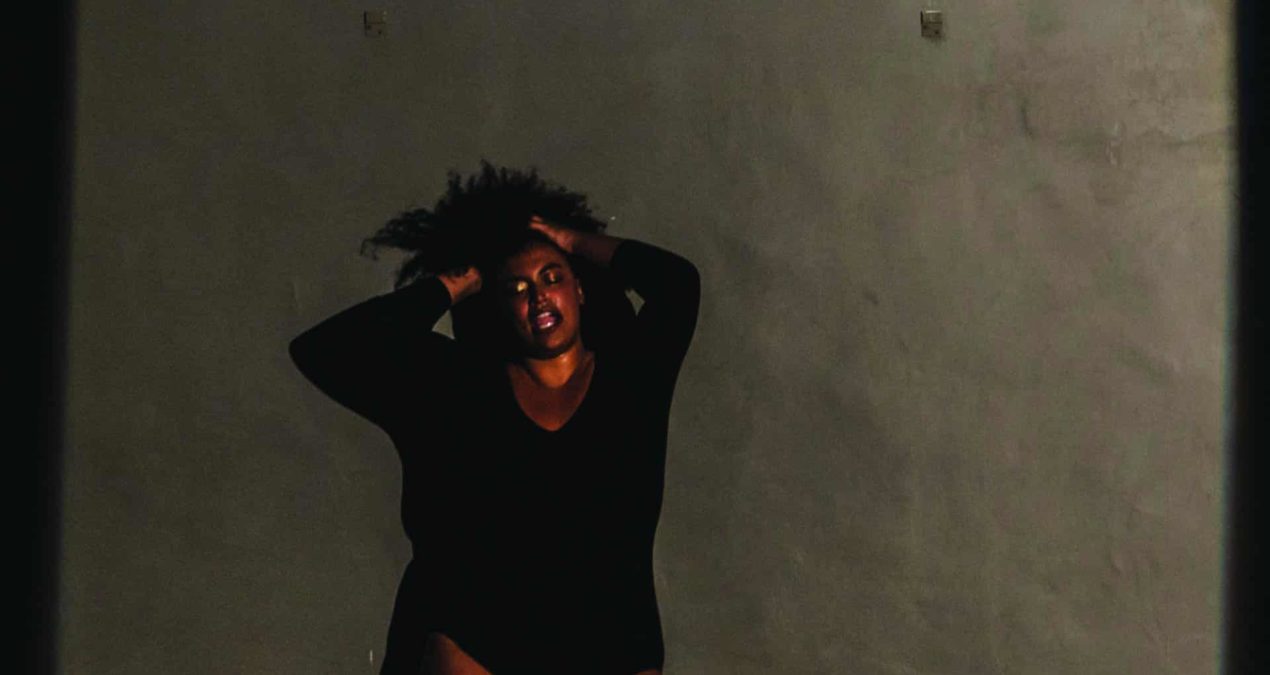 A crowded room in the Knapp performance lab quickly silenced as the lights faded.

A projector displayed a picture of a female slave being whipped by a slaveholder. A few seconds later, it switched to two female slaves hanging themselves on the vessels of a ship, then a picture of a naked Black woman breast feeding her child, two Black hands intertwined and much more. Each picture was displayed with enough time to think about its meaning before switching to the next.

For most of the performance, she directed 7 other Black female dancers, who spanned in sexuality and also wore black leotards. She told them to explore their sexuality, or at other times, to express moments they felt “fear” or “tension” or “vulnerability.”

In one scene, all seven women expressed their sexuality and emotions by communicating with each other by slapping their thighs and breasts, shaking their legs and butt, taking high pitched breaths, somersaulting, and at times, violently running across stage in moments of ecstasy.

The performance represented black women exploring their sexuality without any labels.

Cast member Mikayla Sharp ’18 said, “The Black female experience is one where we are viewed solely as sexual objects because of our thick thighs, plump lips and large booties. I view this performance as a way of forcing the world to see us for who we are, human.”