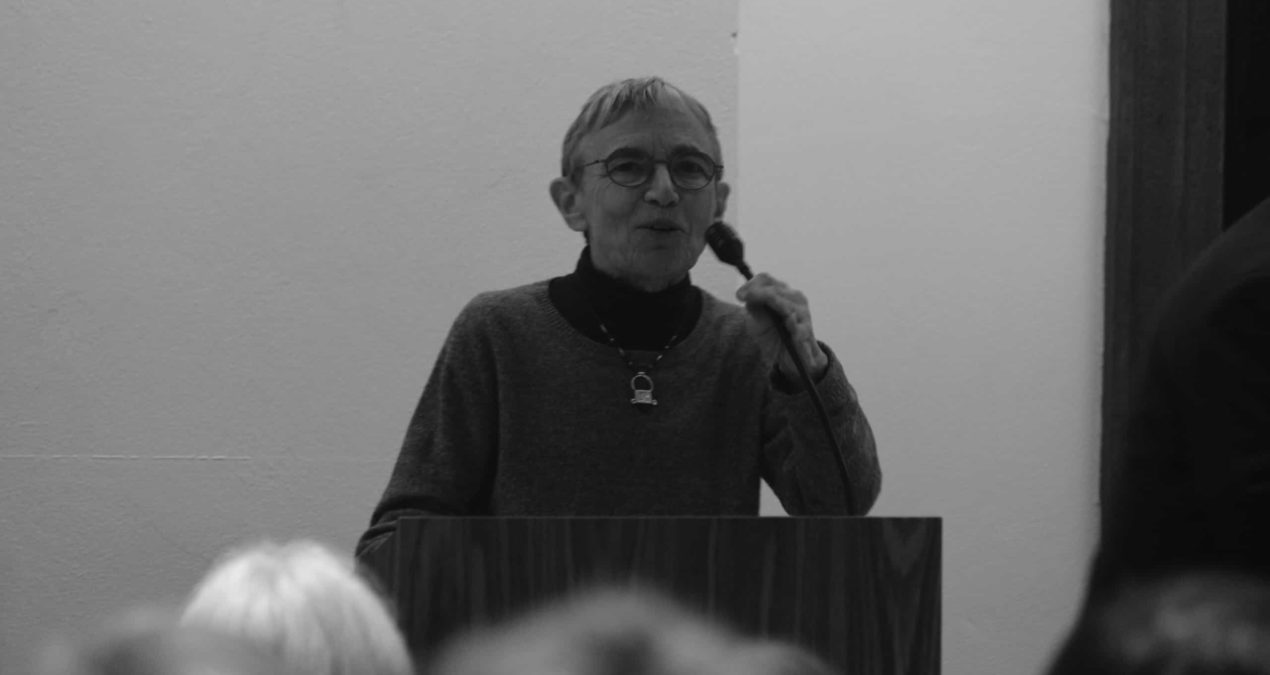 Poet and award winning translator Marilyn Hacker enraptured students and faculty as she read her poetry in a manner brimming with wisdom to an eager audience.

A stark juxtaposition with the first presidential debate that would occur directly after, Hacker’s reading immersed the audience in its emotional and structural complexities that have become the hallmark of her work. Hacker attended Denison on Sept. 26 as a part of the Beck Series, a program designed to bring some of the best writers to campus to engage with students. Later in the week she visited several classes to further involve herself with writers at Denison.

Hacker is an American Jewish poet who grew up in New York City and is currently living in Paris, France. She has received the National Book Award, the Robert Fagles Translation prize, the PEN Award for Poetry in Translation, and many other recognitions for her work. She possesses a mastery of myriad poetic forms including sonnets, villanelles, sapphic stanzas, pantoums, ghazals, and a variety of others. Echoing her range of form is her range of voices within her poems, often utilizing the lens of other poets in her own work. In addition to her translations of French poetry, she is also learned in Arabic language and culture, allowing her poetry to transcend the confines of a singular viewpoint and present an intersection of cultures and experiences. As a part of this breadth and depth of her work, she also draws on her understanding of the world as a feminist, a Jew, a lesbian, and a cancer sufferer.

On Monday, she read from her latest collection of poetry A Stranger’s Mirror: New and Selected Poems 1994-2013. Within this collection, an exploration and contemplation of the self and the implications of exile emerges, as in many of her past works.

All heads trained toward the front of the room and a hush swept across the packed room when Hack began reading. Maeve Quinn ’20 observed the “atmosphere of respect and admiration for Marilyn Hacker and her work” as she was reading, and found it “fascinating to hear and watch a poet read their own words.” This unique experience restrains some of the subjectivity poetry usually possesses, and incites a discussion of the inseparability of poet and poetry. The Beck Series propagates these discussions and provides such invaluable interaction with renowned writers like Hacker.

When the reading had concluded, a murmured “I’m so uncultured” floated from an anonymous audience member’s lips – perhaps a novice or dilettante in poetry, and reminded those nearby what there is yet to learn from writers like Marilyn Hacker and what the Beck Series brings to Denison. Listeners took a step toward understanding, a step toward deeper empathy in their attendance. This is what is offered by writers like Hacker; they invite all to listen and search their work for a greater awareness of the intricate world around them.