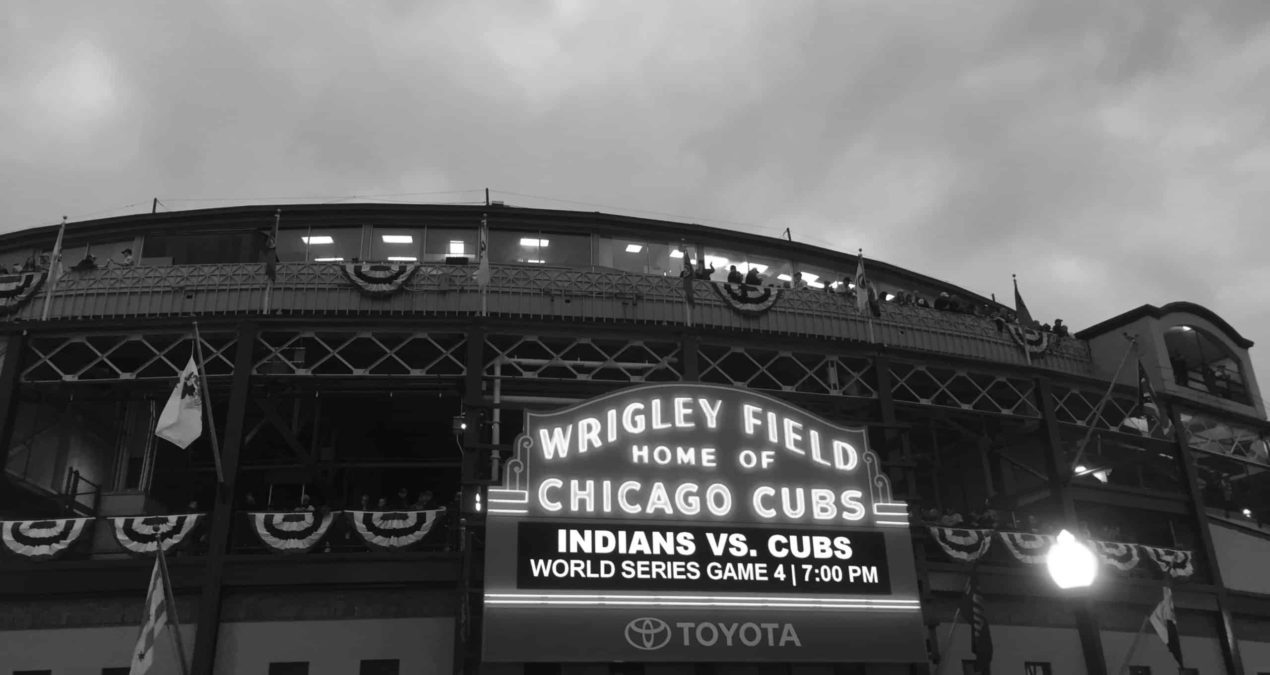 Corey Kluber and Andrew Miller looked human as the Indians trailed game seven of the World Series, 6-3, after six innings. Buzzed Cubs fans could not sit down, just nine outs away from their first World Series title since 1908.

In the eighth inning, Chicago manager Joe Maddon went to his closer, Aroldis Chapman, a Cuban defector with a left arm capable of throwing a baseball faster than anyone ever. He used that same arm to allegedly choke his girlfriend.

The Cuban Missile imploded on takeoff, allowing an RBI double to Brandon Guyer. Cleveland centerfielder Rajai Davis would later golf a low fastball down the left field line, off a TV camera, to tie up the game.

Would the Cubs’ dream season turn into a nightmare?

The ninth passed with no scoring, sending the game to extra innings.

If God hates Cleveland, that much became clear as the clock struck midnight. Rain drenched Progressive Field, resulting in a delay of nearly 20 minutes.

Fans who evacuated the seating to get under cover could peer into the team shop, closed until after the game. Inside were cardboard boxes that said “Do Not Open Until World Series Champs.”

Those boxes would remain unopened.

The game resumed at about 12:15 a.m. Bryan Shaw, baseball’s most often-used relief pitcher in 2016, was clearly affected by the delay. He would allow an RBI double to World Series MVP Ben Zobrist and an RBI single to Miguel Montero, giving the Indians one final deficit to fight back against.

While the Indians would score one more run, it would not be enough. Cubs third baseman Kris Bryant had an ear-to-ear grin as he fielded Michael Martinez’s weak ground ball, throwing over to first for the final out.

With that, half of Progressive Field erupted, screaming, jumping and flying W flags in a euphoric celebration medley.

The other half snuck out in silence, personifying the famous Cleveland sports mantra of “Waiting For Next Year.” It was the opposite of what the Cavs had done in June, with the Indians losing the series after a 3-1 lead.

It was one of the greatest baseball games ever.

It’s a shame someone had to lose.