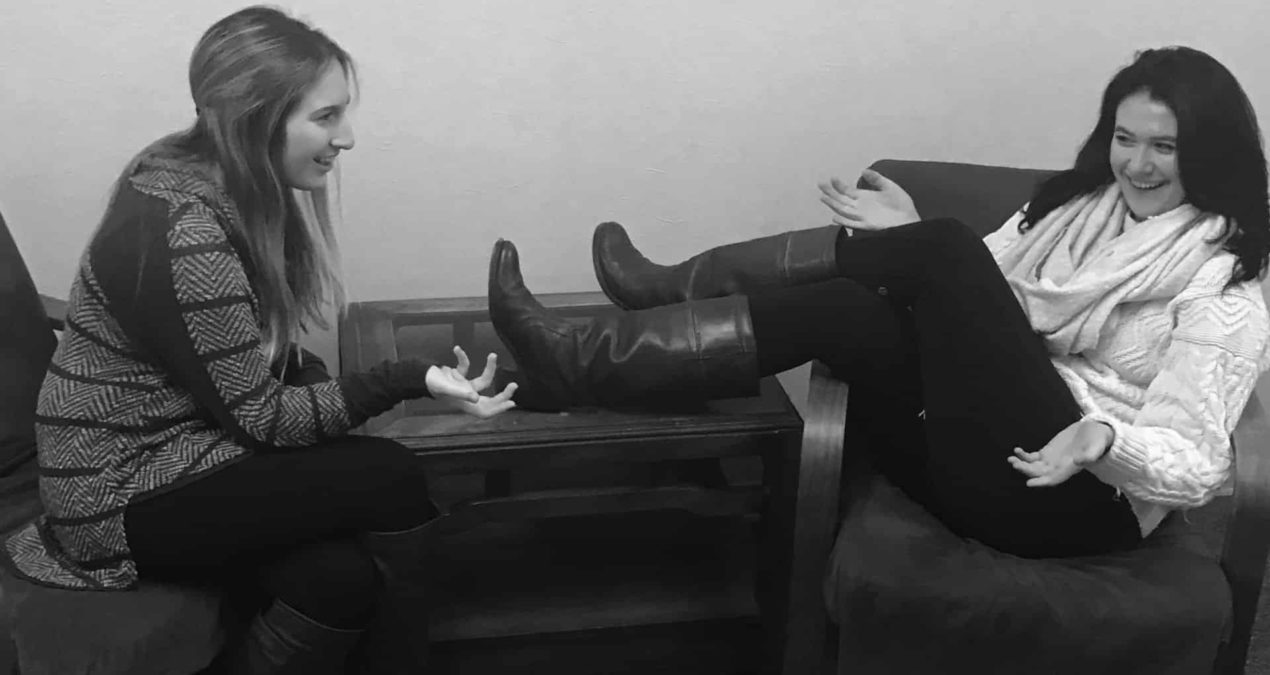 If you have the opportunity to make change on this campus for the better, we hope you take it. Whether we like it or not, Greek life has this kind of power. Nearly all of the party life is influenced by sororities and fraternities, which means they also have the ability to change party culture.

While we have similar views on Greek life, we came to these conclusions in different ways.

Rachel was a part of Greek life for over a year before resigning her membership because of the anti-feminist and, frankly, anti-social (yes, we’re looking at you, recruitment) experiences she engaged in and saw others upholding. How can you call yourself a feminist and foster openness, individuality and respect, she thought, and still think you have a right to judge another woman in five minutes, tell her what to wear and how to behave and subject her to cult-like conformity rituals?

Chloe, on the other hand, has never been in Greek life but has not had an opinion on it until this year. After seeing the ways certain Greek houses run their organizations and the effect it has on others, she has become more critical of the whole establishment.

Some of these problems arise from friends in Greek life. For example, the “rush” process starts way earlier than in January. Some people reach out to freshmen in the summer, “dirty rush” in the fall and create their famous slideshows with information on people halfway through first semester. These are ways to judge other people, all while under the guise of “sisterhood” and “brotherhood.”

But these and other issues are for another time. Right now, we would like to address the power of these Greek houses. Although we believe this power has problems of its own, there is no denying Greek life can manipulate social life. So why don’t they?

In the past few weeks, The Denisonian has published several important opinion pieces bringing up important discussion surrounding sexual assault and harassment on campus, specifically as it pertains to Greek Life and Denison’s party culture. While starting these conversations is vital to opening dialogue, we feel that whenever these issues rise above ground, they fall back down faster than you can recycle a copy of The Bullsheet.

We simply don’t understand how members of Greek life can stand up and call attention to themselves as part of the problems of sexual assault, racism at parties and drinking culture on campus and then walk into a sunny apartment party the next night like nothing is wrong.

If you can actively acknowledge in writing that, as a fraternity man, members of your organization (either directly in your fraternity or in the broader IFC organization) have sexually assaulted women on this campus, then how can you stand to sit through chapter meetings or, even worse, go buy 15 cases of beer for your Friday night party?

As a sorority woman, how can you know this same fact about your male peers, yet continue to hold joint social events and encourage your “sisters” to attend, directly putting them at risk, not to mention going against the ideals of behavior you claim to hold dear?

When you’re able to acknowledge that you’re part of problem, but still maintain allegiance to that same problem, the words dissolve almost instantly. Sometimes, taking a stand is more than just words, it’s actually taking action.

We know you probably don’t want to hear this, especially with recruitment around the corner, but here’s a novel idea: change it. Say “no more.” Don’t continue to make yourself part of the problems of exclusion, assault and abuse.

Hey there, what’s your major?

How should the Cincinnati Bengals draft? A fan weighs in