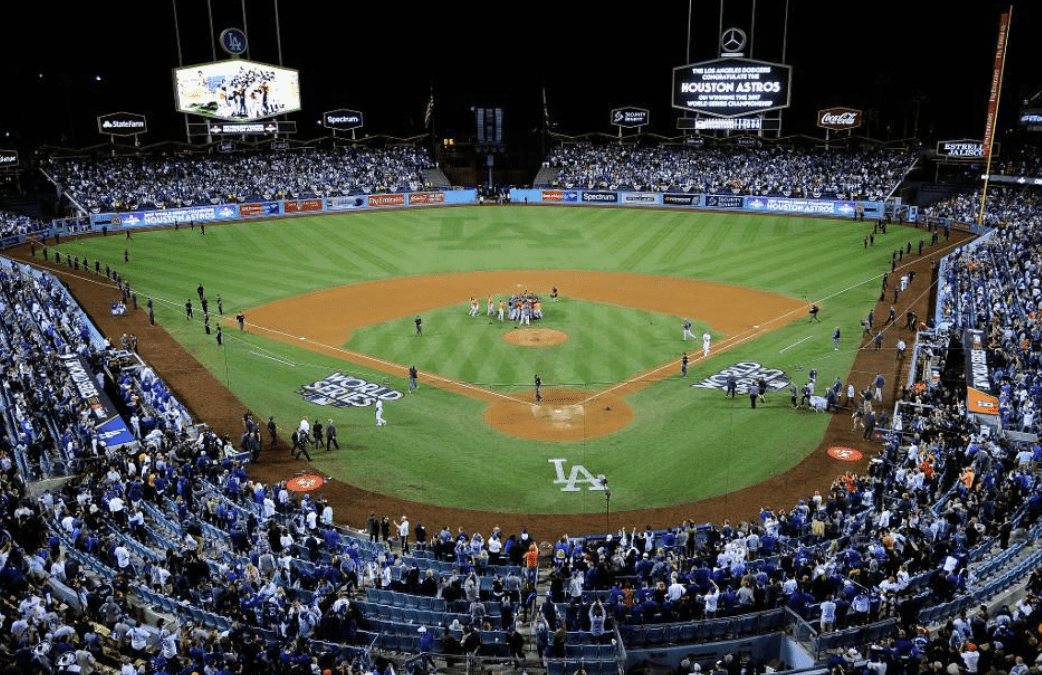 Baseball has finally returned and I could not be more excited. In this article, I will make five bold predictions for the upcoming season.

The Phillies will make the playoffs out of the NL East.

I wrote this in my season recap article in November and I’m not changing my mind. When I wrote it, I said they were  “a big bat and an ace” away from being a real team. Guess what they did this offseason? They went out and got themselves a big bat (Carlos Santana) and an ace (Jake Arrieta). Combine those two with an underrated and up and coming core, and this team really could surprise some people.

This isn’t just because he is my favorite player; Sir Didi (yes, he was knighted) was the Yankee’s X-factor last year, and he hasn’t stopped that this season. It’s only a ten game sample, but he has opened the year by hitting .367 while also leading the majors with an OPS (on base plus slugging) of 1.430. While this is boosted by his four-hit game in which he also hit two homers and drove in eight runs, his consistency has kept the Yankees afloat this season while they are hit by struggles from Stanton and Sanchez, along with injuries to three starters.

The Dodgers will not win the NL West.

If you looked right now and knew nothing about baseball, then you wouldn’t call this prediction bold in the slightest. After nine games, the Dodgers sit fourth in the NL West at 3-6. Now, it’s only 9 games, but if you ask me it could be a preview for the rest of the year. The Diamondbacks are better than people think. The Rockies are better than people think. Some are talking about the Giants losing 90 games, but I wouldn’t bet the mortgage on that. They got some pieces in the offseason, especially if Andrew McCutchen hits like he did when he went 6 for 6 and hit a walk off home run in the 14th inning. Now, the Padres aren’t very good, but they still got a lot better with their signing of Eric Hosmer.

Nationals outfielder Bryce Harper won’t make $400 million, he will make $450 million.
Yes. Bryce Harper will set the record for the largest contract. Not only will he set it, but he’s gonna break it. By a lot. Right now, the largest contract in the history of sports (not just baseball), belongs to the aforementioned Giancarlo Stanton. That contract was for 13 years and $325 million. I’m betting Harper gets 10 years and $450 million. Yes. One player will make 45 million in one season. It’s not every day someone with the talent and marketability of Harper hits free agency. He’s a transcendent player and personality. And he’ll get paid like it.

No team has won back-to-back World Series since the Yankees in 1998. That isn’t gonna change this year. The Nationals’ problem has long been the bullpen, but that isn’t an issue this year as they have the solid trio of Brandon Kintzler, Ryan Madson, and Sean Doolittle. Their offense will also be improved, as they (hopefully) have Adam Eaton for an entire season. Bryce Harper looks like he’s gotten even better somehow, and leads the MLB in home runs with 6.

As for the Astros, they bring back the same core that got them there last year. Jose Altuve, George Springer, Dallas Keuchal, and Justin Verlander lead a highly talented squad that very well could get back to the World Series.

I don’t know about you guys, but even though my predictions will probably be wrong, I can’t wait to see how this season develops.