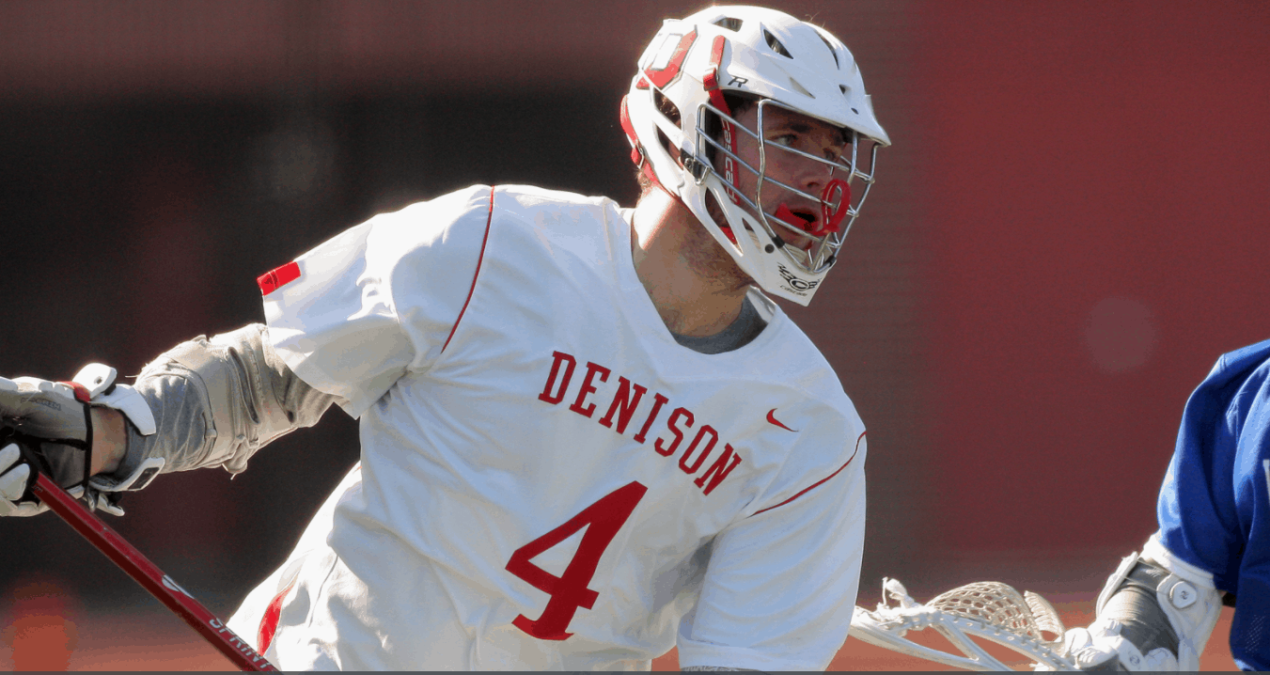 No win is easy, regardless of how it works.

The Denison men’s lacrosse team sure made it look easy however on Tuesday at Deeds Field, when the Big Red topped Hiram by a score of 19-0.

Not a typo. Just an utterly dominant win.

Attackman Brooks Davy ‘19 led the way with four goals in what was a spread out offensive attack. Attackaman Spencer Butler ‘19 also contributed three goals. He also threw in 2 assists.

“The win on Hiram I think it came down to our preparation. Hiram is a young program, but I think we showed up to practice with great intensity which allowed us to take control of the game when the moments presented themselves. One of our program’s founding pillars is playing to “beat the game” rather than the opponent,” attackman Peter Pittroff ‘20 said.

As the season winds down, the schedule gets tougher. Games against conference opponents Wooster and rival Ohio Wesleyan take place this week.

While the game against Wooster is tough, the Ohio Wesleyan game gives the team a different kind of challenge. Playing in a rivalry game is never easy, but they can be the most fun games of the year. However, Pittroff says that while the team understands the rivalry, playing OWU is just like any other game.
“Obviously the OWU game is something fans of both schools have circled on their calendar and look forward to all year. However, this years team is very battle tested from early on in the season, so we feel confident in our abilities,” Pittroff said, “We have a conference game against Wooster to take care of on Wednesday, and then will have three strong days of preparation to get ready for Sunday. Like I said before though, our level of focus and standards for each other does not change regardless of the opponent.”
As for Pittroff himself, he has started the year on a tear and will look to maintain his high level of play heading into the conference and NCAA tournaments.

Through twelve games, he has racked up 63 points, 21 goals and 42 assists. He has also earned a Division three team of the week honor. According to Pittroff however, all the credit belongs to those around him.
“I have to give all of the credit to my teammates though. We have an incredible group of guys on the offensive side of the ball, and our chemistry both on and off the field has helped us succeed. Also, much credit is due to the guys who may not show up on the score sheet every game. Going up against someone like [defender] Andrew Staley [‘20] every day in practice is something I am incredibly grateful for. His effort and leadership makes not just the offense, but the entire program better,” Pittroff said.

As the team continues their strong season, they remain ranked eighth in the National Polls and have a chance to go far once tournament play comes around.

The team plays two at home this week, with one against Wooster on Wednesday, April 11, and the rivalry game against Ohio Wesleyan on Sunday, April 15.