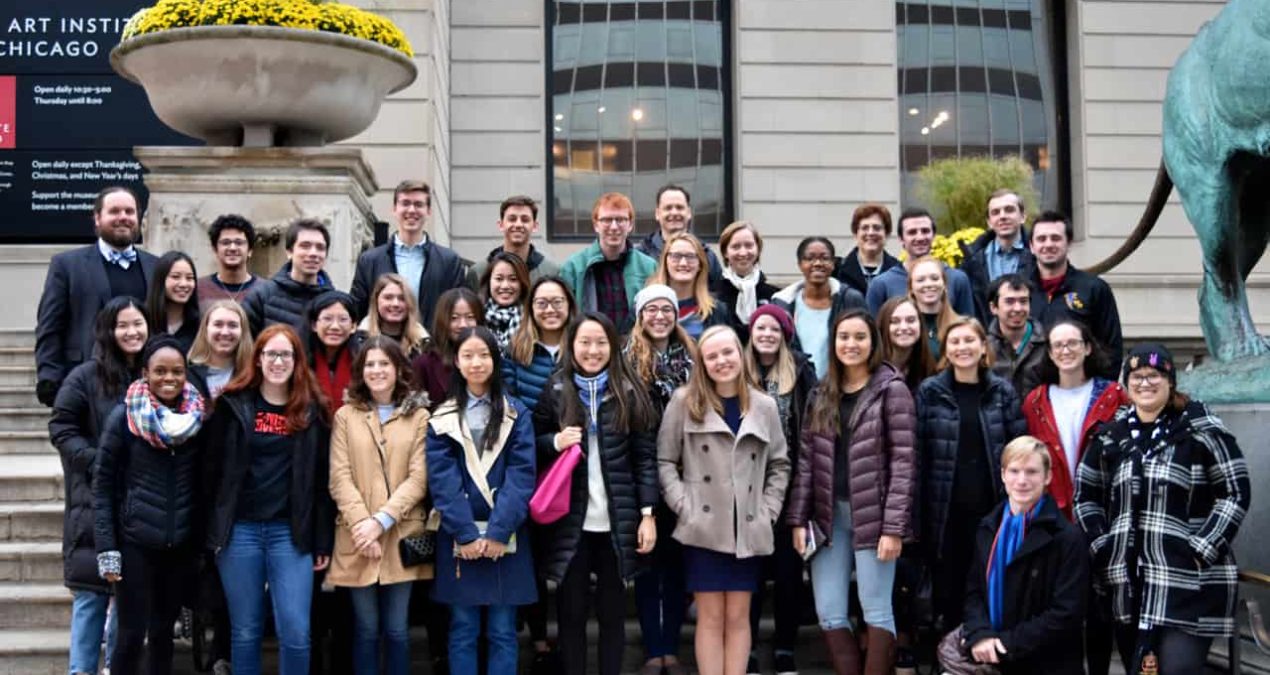 With the grand opening of the Eisner Center rapidly approaching, Denison’s orchestra tour is a way for the music department to allow people from all over the Midwest to learn about the arts at Denison.

The tour kicked off early Thursday morning in Granville, and made stops in Newark, Chicago, Wheaton, St. Charles and concluded Saturday afternoon in Elmhurst. A majority of the tour was dedicated to performing for high schools around the Chicago area.

This is the orchestra’s second tour under the direction of Dr. Philip Rudd, who is in his second year of teaching at Denison.

This year, 35 students and four faculty members made up the tour group. Not only was it the first year the group traveled outside of Ohio, it was also the first time band members part of full orchestra came along.

The first stop was at Granville High School, where students had the opportunity to listen and learn what music up the hill is like. As Dr. Rudd pointed out, “Orchestra members come from all over campus. Some are music majors, but the majority of students are pursuing fields in science, social sciences or humanities.”

The music department allows students to continue music to the level that best suits them. Some students decide to major in music, others minor, and many simply partake in private lessons, chamber groups, orchestra, band, choir and the other music ensembles Denison has to offer.

After a seven hour bus ride, the tour bus dropped the ensemble off on the streets of downtown Chicago. Easily one of the highlights of the trip, students had two hours to explore the city before finding their way back to the Symphony Center for the 7:30 p.m. concert. Mark Reid ‘21 expressed, “I was happy for the chance to be back in one of their favorite cities.”

Fellow orchestra mate Joanne Lee ‘21 described her first trip to Chicago. “I think I like Chicago more than LA!” Antonio Zacco ‘22 also chimed in that, “I’m from Seattle, so I’ve always wanted to visit.” For those from Chicago, like concertmaster Bebe Blumenthal ‘20, it was a nice trip back home.

The Chicago Symphony Orchestra is currently ranked fifth in the world, so it was a treat for all of the students to see them perform live for free. The tour group climbed countless flights of stairs to see the performance from a birds eye view from the highest balcony. It was a nice break from performing and an inspirational night for the group.

Besides performing in high schools in Granville, Newark, and Wheaton, the orchestra was fortunate to give an evening performance of repertoire from Bach, Elgar and Haydn to the community of St. Charles in the church where Dr. Rudd was married.

The next morning they gave a side by side performance with students from York High School in Elmhurst, Illinois. These high school students were able to rehearse and see what it was like to perform with a college orchestra.

The tour was a chance for the Denison Orchestra to showcase what a liberal arts education can look like in music to numerous high schoolers; Denison is truly an ideal place for those looking to continue music in a noncompetitive environment.

It provided an opportunity for students to get to know one another outside of rehearsal and will hopefully take the orchestra new places every year, for many years to come.

We support women at The Denisonian