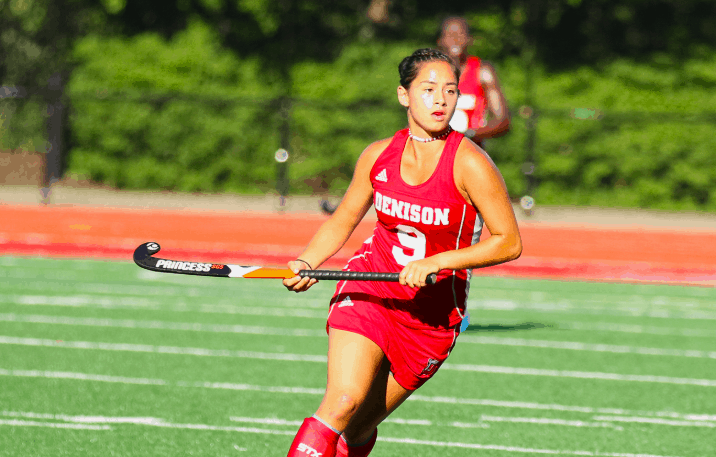 Denison Women’s Field Hockey will have an opportunity to avenge their first round exit from last year when they take on The University of Lynchburg Hornets in the first round of the NCAA Tournament.

The game will take place on Wednesday, November 7th in Lynchburg, Virginia. The Big Red clinched a birth in the tournament by winning the North Coast Athletic Conference Tournament.

The win came in shutout fashion for the team as they topped Wooster 2-0 in the tournament final. They outscored opponents 5-0 in the two tournament games.

In the final, AC Veith ‘22 got the scoring started off of her own penalty corner. The goal added to a very strong season for the freshman, which culminated in winning the Most Outstanding Player of the Tournament.

The second goal came from Charlotte Godfrey ‘21 off of a tip in. The team collectively out-shot Wooster 18-1 on the day, further displaying their dominance over NCAC competition.

Godfrey has been one of many major contributors to the Big Red’s offensive success thus far this season at forward. She speaks to the mindset that she and her teammates entered the game against Wooster with.

“Our goals were to play our game and focus on the game two minutes at a time. We wanted to play those two minutes to the best of our ability. I believe that by doing this it translated into our team playing together and being cohesive, which allowed us to get the win. Our goals for Wednesday will be to play together and fight to advance to the next round.”

While last weekend’s win is great, the focus has shifted to the Tournament. Ali Gakenheimer ‘20 talks about her excitement towards the upcoming match with her dedicated team.

“We are so excited about this win [over Wooster in the NCAC Tournament Championship] and getting to play in the NCAA tournament. I have never been apart of a more fun, hardworking and skilled team. I can’t wait to see where this tournament takes us.”

In case you haven’t already realized, this year’s squad is poised and ready to keep their season alive. They will be entering the Division III NCAA Tournament against the nation’s best with a dominant record of 18-2, including a perfect 14-0 in NCAC competition.

Not only that, but the team will also be putting their 13-game winning streak on the line when they travel to Virginia to square off against the Hornets in the First Round of the NCAA Tournament.

The Hornets will certainly present themselves as a tough opponent for the Big Red. Winners of the Old Dominion Athletic Conference, Lynchburg will enter Wednesday’s contest as winners of 11 straight with an overall record of 15-5 (8-0 ODAC).