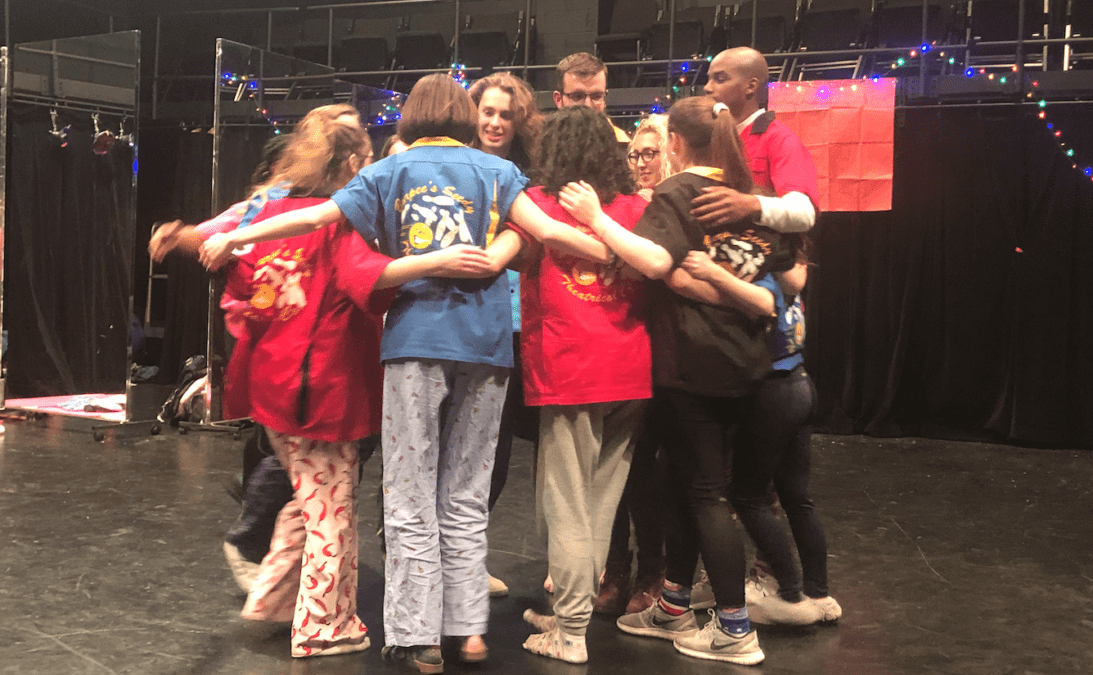 During finals season, most students use every spare moment to study or sleep. However, Burpee’s Seedy Theatrical Company set aside 24 hours of their precious time to perform nonstop improv comedy.

On and off campus, the Burpees are famous for being the oldest collegiate improv troupe in the country and having Steve Carrell as a former member, but especially for their annual 24-hour show.

The show is much more than nonstop entertainment; each year the Burpees raise money during the 24-hour show for a charity of the group’s choosing. Each time an audience member donates, they get to choose a game or activity for the Burpees to perform. This proves to be a very effective way to encourage not only donations, but active audience participation as well.

For many Burpees, donating to a charitable cause is their favorite part of the show. Jordan Zelvin ’21, a sophomore education and theatre double major from Chicago, calls the 24-hour show “A wonderful opportunity to not only bond with the group, but also help others by raising money for charity.” Zelvin was particularly excited about the Burpees choosing to donate to The National Center for Transgender Equality (NCTE), which she described as an organization that “allows trans youth to get proper health and support they wouldn’t have access to otherwise.”

The National Center for Transgender Equality was founded in 2003 as a nonprofit that strives to promote social equality. In addition to stopping hate crimes and raising awareness for what it means to be transgender, the NCTE focuses on ending discrimination of trans people in the public arena by working for equal access to jobs, housing, and health care.

The Burpees ended up raising $250, which the audience gladly donated in exchange for the entertainment. The Burpees’ comedy remained strong throughout the show, but as they grow more exhausted, things inevitably get a little weird. One improv game that seemed to be a favorite of the Burpees and the audience was the immensely entertaining “Grandpapa, is that you?!?” The game involved one Burpee going to the rafters of the Blackbox theater and playing “Grandpapa” speaking from beyond the grave, prompting his grandchildren (the remaining Burpees) to recall memories, such as calling down from above, “Tell the story of the time the elephant got out.”

The Burpees came prepared to the 24-hour show, as evidenced by the abundance of pajama pants, blankets, and snacks. As fun as the comedy marathon was, the Burpees were clearly tired and took turns taking brief naps.

With 17 hours down and seven to go, Burpee Sarah Hendricks ’21, a psychology major with a theatre minor from Sacramento, CA, described the night as, “a great time to be alive. I’m lucky to be here with these people, but I’m exhausted.”

An annual and much-anticipated tradition, the 24-hour show is deeply sentimental for many Burpees. Meg Odell ’19, a theatre major and music minor from Sacramento, CA, loved every minute of the 24-hour show, but it was bittersweet to know it was her last one. The ending of the show, and their time at Denison “was in the back of the seniors’ minds.”

During the 24-hour show, the Burpees found support not only from each other, but in the audience as well. Audience members rotated throughout the day, but some loyal Burpee fans stayed for the entire show in solidarity.