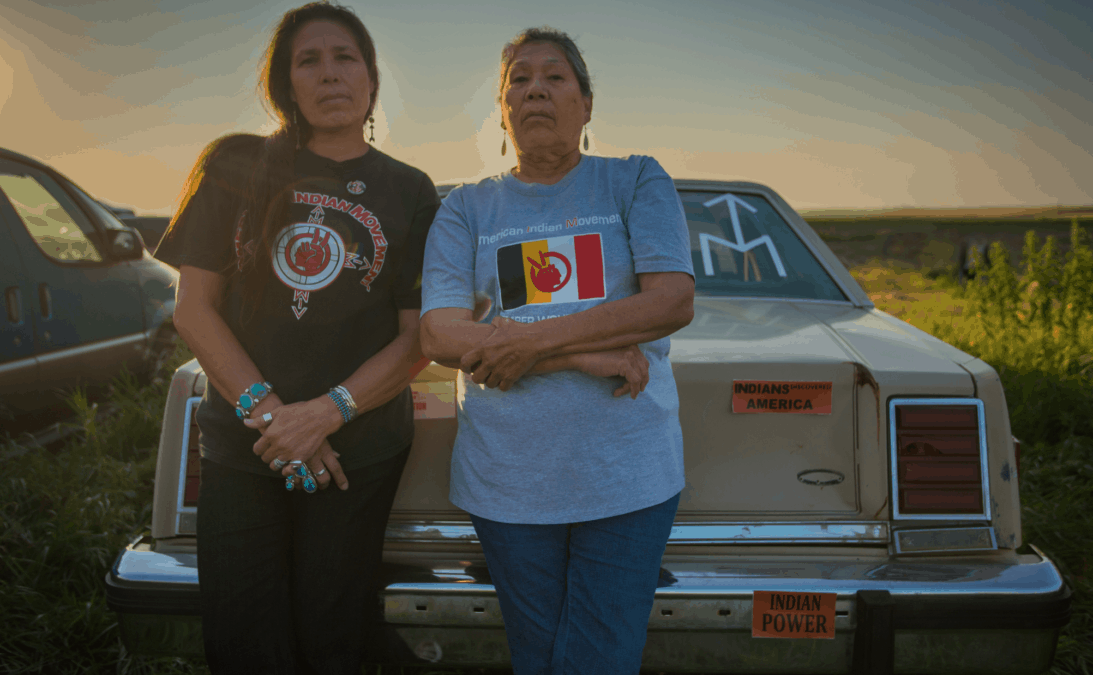 Learning about social movement and activist history is more imperative than ever.

Elizabeth “Beth” Castle is a previous visiting assistant professor of women’s and genders studies and black studies at Denison who co-directed a PBS documentary about women activists for indigenous rights. Titled Warrior Women, the film is about activists who are blocking an oil pipeline in North Dakota. It follows the storyline of a mother and daughter who are comrades with one another in their activism.

In the 1970s, with the swagger of unapologetic Indianness, organizers of the American Indian Movement (AIM) fought for Native liberation as a community of extended families.

Hawk is an AIM leader who cultivated a rag-tag gang of activist children – including her daughter Marcella “Marcy” Gilbert  – into the “We Will Remember” Survival Group as a Native alternative to government-run boarding schools. Together, Madonna and Marcy fought for Native rights in an environment that made them more comrades than mother-daughter. Today, with Gilbert a mother herself, both women are still at the forefront of Native issues, fighting against the Dakota Access Pipeline, which is bound to lead to environmental devastation of Native land, and for indigenous cultural values.

Like Hawk and her daughter, Castle has Native American ties and this leads her passion in documenting on the subject.

“I like to use media as a format to educate people and tell stories about voices that are left out, erased and made invisible,” says Castle.

Castle has been working on the video production part of the project for 8 years, but it is based on a book that she wrote and the research that she’s been doing for almost 20 years.

“[The most rewarding part of working on the documentary was] that I met and talked to women activists who changed so much [in America] with so little to work with,” says Castle.

Check out Castle’s expression of her desire to change the world by watching Warrior Women after its debut.