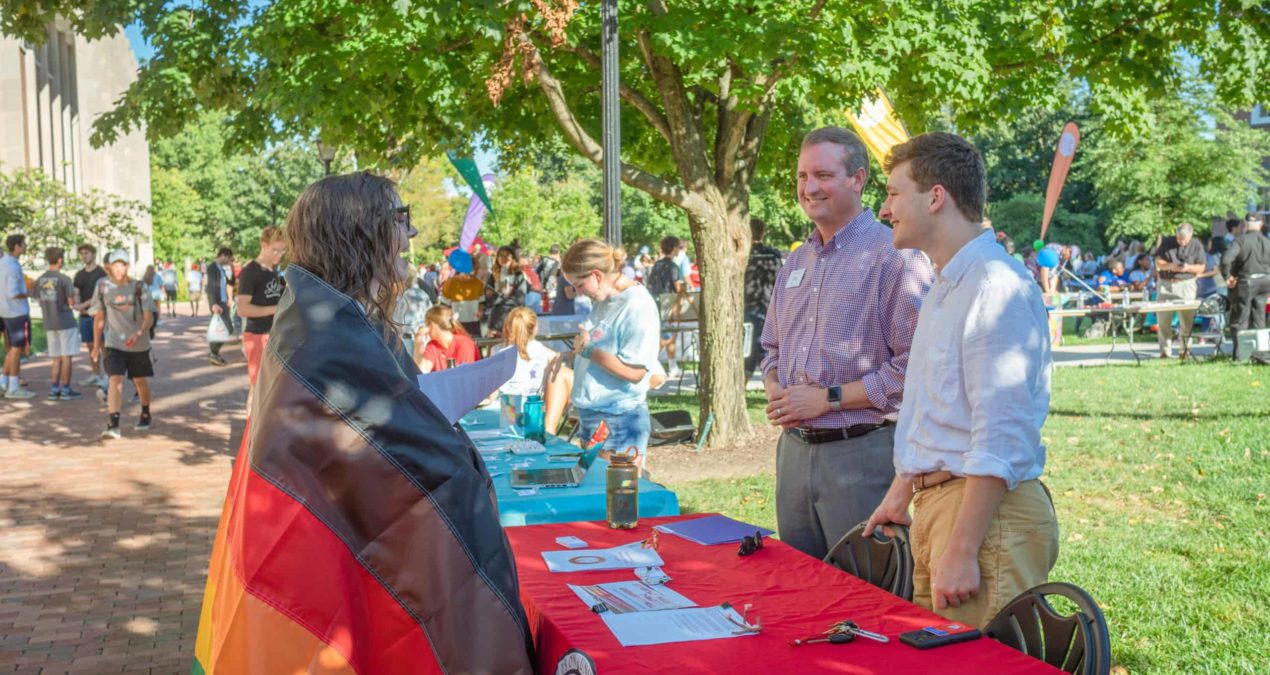 LIZ ANASTASIADIS, MANAGING EDITOR — At the end of the 2018-2019 school year, budgets were not allocated, student-led protests occurred against the Denison Student Governance Association (DCGA) and Denison Administration, DCGA elections caused controversy, leading to a four and a half-hour meeting, and to some in the student body, the entire process of student government was being reevaluated. The class of 2019 graduated with uncertainty for things to come to the University and its organizations.

The result: a summer of planning and execution, re-envisioning and re-processing on the student and Administrative levels. The first meeting of the DCGA was held on September 10. The Denisonian will publish an online update after the meeting occurs.

Throughout the summer, Bill Fox, Dean of Students, received multiple emails from students regarding their perspectives on DCGA. From that feedback and others from the end of the Spring 2019 semester, Fox sent out an email update on August 19.

The email contained information regarding budget allocations for student organizations, elections, and more. It read:

“In July, we worked with the DCGA President to design and distribute a survey to student organization presidents, treasurers and advisers regarding the finance system’s operations, and to receive input on the status of currently allocated budgets… To ensure wide awareness of these steps, any additional comments and appeals for current budget lines will be accepted through September 10.”

As of now, all executive roles except President still need to be filled by students in the DCGA, such as the role of Vice President and the Speaker. The President of the Student Body position is occupied by Owen Crum ‘20 for the 2019-20 academic year. Leadership in DCGA is another topic that was discussed on September 10.

Students have expressed continued interest in coming together to re-imagine DCGA and/or the budget process, according to Fox.

“There is a range of perspectives on this. Some students have said no change is needed, some have called for a complete overhaul, and some have been in-between,” says Fox in an interview with The Denisonian. “My job is to elevate what I’m hearing across that spectrum to students and encourage them to take a pause to develop a timeline and make meaning from this process and evolution of change.”

One topic that Fox wants the community to acknowledge is that some of the events that caused DCGA to end the year in a disrupted state caused harm within the community.

“We need to start with individual relationships and how we can move forward, address tension, conflict, harm, be accountable for one another and act in the best interest of the Denison community,” continued Fox. “If there’s someone out there in the community who would like to pursue that so they might move forward with those relationships, we would like to help facilitate that.”

A question Fox asks is “How might we come together in more routine ways to talk about campus climate?” On MyDenison, students can review reported campus incident reports that are current and from years past, and potentially brainstorm answers from previous incidents.

Also, students can view all past DCGA resolutions on MyDenison.

A table at the Involvement Fair on September 5 featured information about committee service. The Dean of Students’ office will host an open forum in Slayter Union during the common hour from 11:30 a.m. – 12:30 p.m. on Thursday, September 12 to discuss things moving forward.     “A lot of decisions will be made at the meeting on September 10,” says Fox. “It’ll be up to the students to decide what happens.”

More information will be posted on our website regarding what will occur during the first DCGA meeting of the semester, which was held on September 10, 2019.