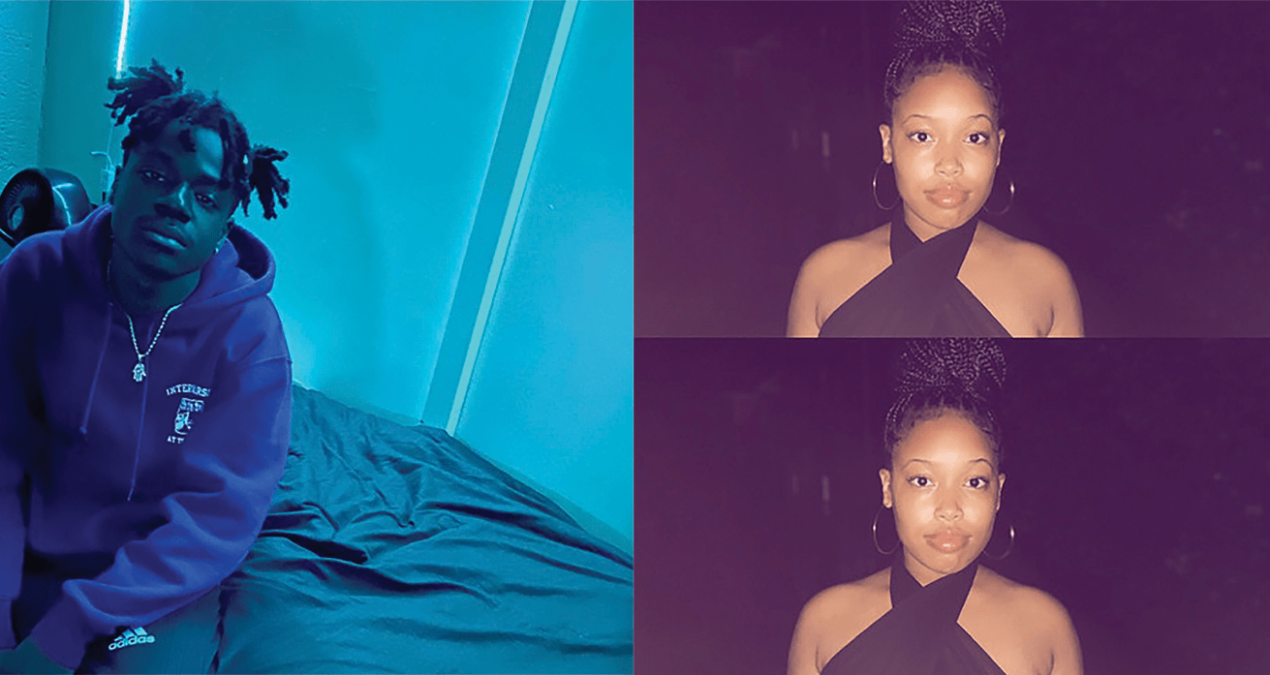 AARON SKUBBY, Asst. News Editor—For a small town in the middle of nowhere, Denison attracts a surprisingly active scene of student musicians, producers, and other artists putting their work out into the community.

Two such artists are rapper, photographer, and artist Wizdom Scott ‘21 a Dayton native majoring in visual art and photography, and rapper and producer Ladi Ogundipe ‘21 a Bostonian majoring in computer science with a minor in music.

At the opening party for the new social space “Moon Hall,” Wizdom performed her new song “The One” which was produced by Ladi. She released her first song this year.

In an interview with the Denisonian, Wizdom explained how she got to this point. Despite being well versed in multiple dimensions of art, Wizdom said that until recently she has been “in the closet with [her] art.” She mentioned writing songs since middle school and high school but “The One” was only her second studio produced song. Wizdom said that her “first time going to the studio was this year.”

Wizdom had her first live performance at the Black Student Union’s 50th anniversary celebration. She hadn’t even released the song yet but she explained that she got a positive reaction from the crowd, which featured lots of alumni. “My BSU performance really stood out,” she said.

Wizdom hopes to pursue her art beyond college, and her dreams are as diverse as her talents. She told the Denisonian how she wants to continue creating music, be a graphic designer, sell her paintings, and create her own print company. Wizdom will be performing at D-Day on November 9.

Ladi Ogundipe has been rapping and producing since senior year of high school. Ladi produced Wizdom’s recent single which they recorded at Mulberry House on campus.

In an interview, Ladi walked the Denisonian through his production process and his relationship with music. Drawing inspiration from producers like Kanye West, Pi’erre Bourne, and Daft Punk, Ladi said “I just wanna have fun” while producing.

When asked what music means to him, Ladi said “Life. Music is life…music can emphasize and transform how I’m feeling…[Music] brings so many people together,” he finished.

Ladi doesn’t just preach the power of music, he lives it too. Ladi has brought together a group of his friends, many who had never rapped before, to a casual group called “The UN.” They create and perform music together—they have performed at Beaver Beach and they will be performing at D-Day, right after Wizdom.

There are lots of opportunities for aspiring artists on campus to share their work. Asahd Hamilton ‘23 commented on the opportunities available. “I feel like everyone has a fair opportunity to put their music out there.” Campus event organizations are “putting a lot of effort in” to find artists. Hamilton elaborated with an example saying that his “friend put her poetry out on Instagram, and someone messaged her asking if she wanted to perform at D-Day.”