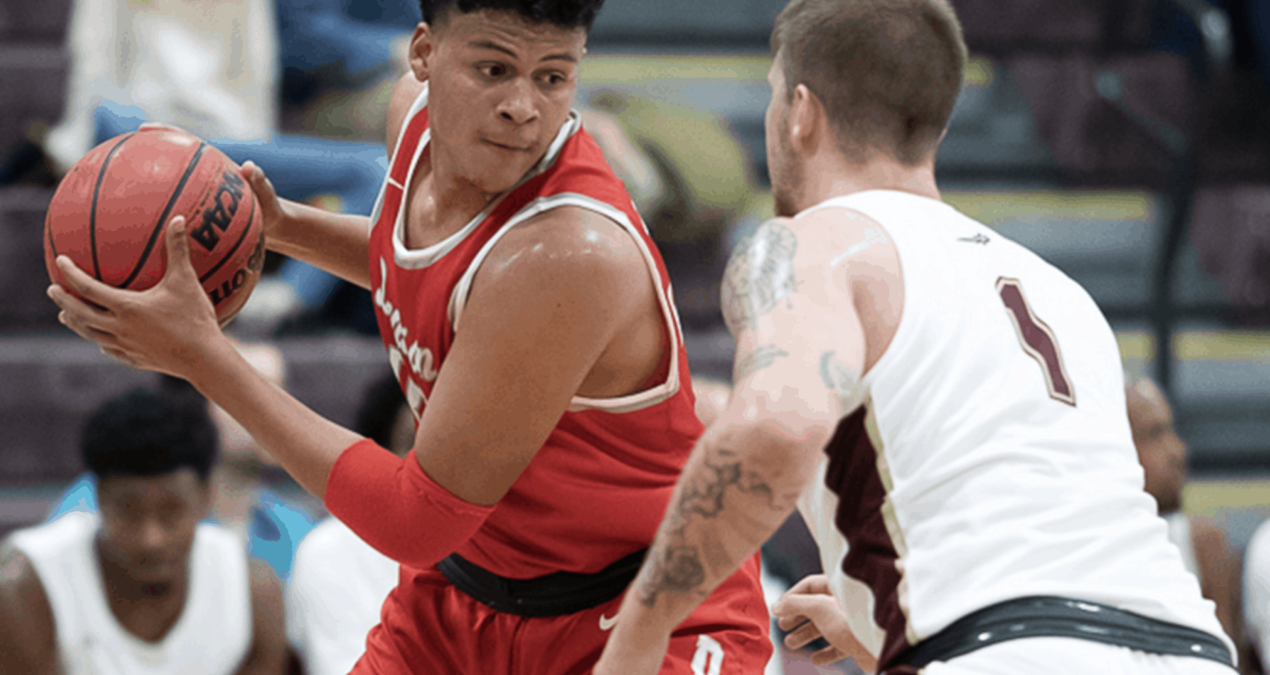 This is especially the case with this year’s Big Red men’s basketball team. Heading into this game against Kenyon, their record was 2-4; what this doesn’t indicate is that the team had been highly competitive in each of their four losses.

This year’s team has a sense of resilience and togetherness. In time, this will allow them to continually improve and eventually maintain 40 minutes of high-quality basketball.

Early on, it’s clear that they’re coming into each game ready to compete.

Kenyon proved to be another good test for the Big Red. Prior to the game, Freeman Brou ’22 remarked, “Being that it is an NCAC [North Coast Athletic Conference] matchup, it will be high energy and Kenyon will give us everything they have. Any time we play a rivalry matchup, anything can happen and we just have to be ready to keep the foot on the gas.”

After a hotly-contested game, the Big Red eventually fell just short, 59-60. Yet, the game was stapled by a final Big Red rally to tighten things up in the final minutes.

The first half was back-and-forth. On the offensive end, Brou, Kevin Cheng ‘22 and Jack Coulter ‘20 led the scoring for Denison, combining for 17 of the 25 Big Red first-half points.

During the first half, there were eleven different lead changes, two happening in the final minute of the half. Kenyon’s Nick Lewis drove the lane for a layup, bringing the score to 22-24 in Kenyon’s favor.

Cheng responded by getting to the free-throw line completing one of two free throws. The momentum of the game could be swung in any direction at this point.

Denison took full advantage of this opportunity, preventing a three-point shot from Kenyon’s Kamal Aubakirov whose shot looked as if it’d fall in. Brou finished around the basket off an assist from Kevin Cheng to end the half.

These final possessions further emphasized this Denison team’s resilience and ability to succeed in high-pressure moments.

Prior to the game, Matt Gerics ‘20 said, “After taking a step back and looking at film, we can see the overall focus of our defensive and offensive game plan is on point. It’s the little things we need to focus on such as rebounding and turnovers, that will help us close out tight games.”

The second half started and neither team could pull away from the other. Denison cut down on their turnovers from the first half, giving the ball away only once in the second half compared to eight times in the first.

Even though they were able to take better care of the ball, the offense began to stagnate, and Kenyon found their rhythm.

This sparked a 15-4 scoring run that pushed Kenyon’s lead to 52-40 with just over 14 minutes remaining in the game.

The Big Red didn’t roll over. Instead, they fought to put themselves in the position to win the game. After battling back to bring the game within one possession, they were unable to get over the hump and steal the game from the Lords.

In the closing seconds, Denison’s Will Hunter ‘21 attempted a shot at the buzzer, but it failed to convert.

The crushing conference loss dropped the Big Red to 2-5 (0-2 NCAC) on the young season. They’re next in action at home on Saturday, December 14 when they will take on Wabash at 2 p.m. The Little Giants will bring in a strong record of 5-3 (1-1 NCAC) behind the stellar play of their standout junior guard, Jack Davidson.