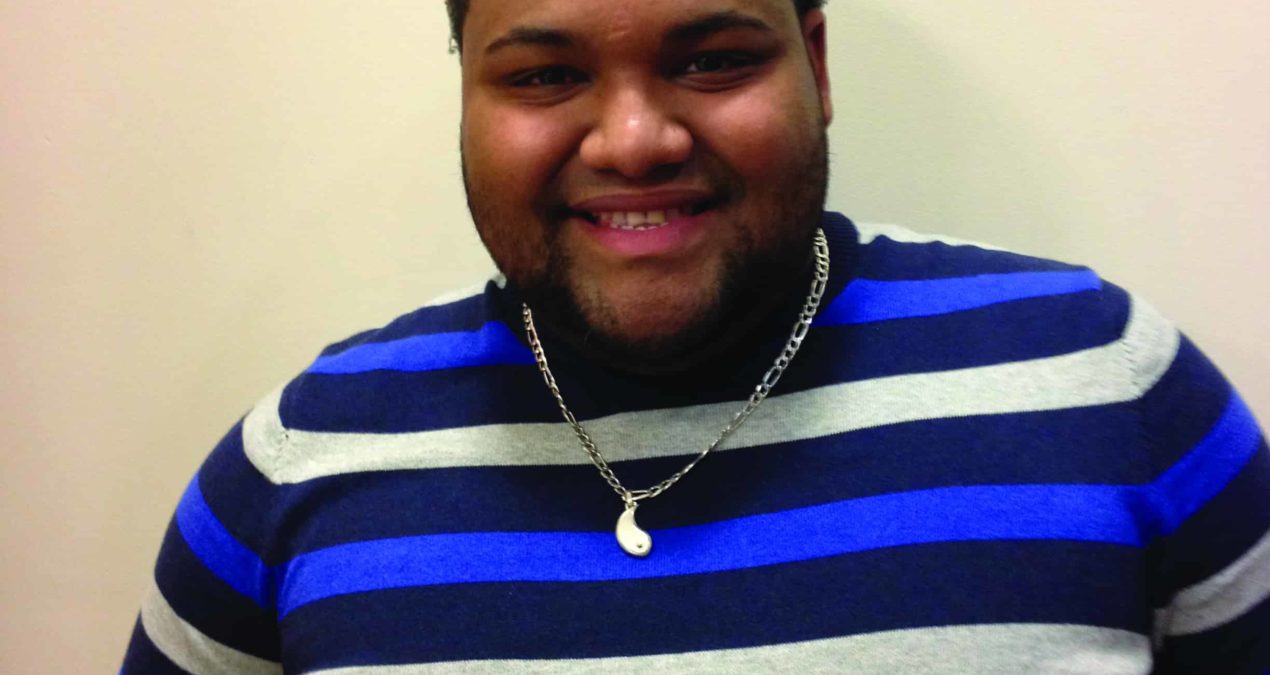 How many people can say that they’ve starred in a documentary even before starting college? Freshman Juan Jose Bernabe can.

Last year, Bernabe was one of six young people featured in the PBS documentary Los Graduados (“The Graduates”). The film, which premiered last fall, focuses on the struggles faced by Latino immigrant students across the United States, and the importance of educating Latino youth. Bernabe, a Biochemistry and Spanish double major hailing from Lawrence, MA, came to the United States from the Dominican Republic when he was 11 years old.

He found out about Los Graduados from his high school counselor, and was initially reluctant to star in the film until his city council member contacted PBS about him.

“My counselor called me and said ‘Why don’t you try this?’ I was like ‘No, I’m not doing this,’ but one of the council members from my city actually told them about me directly. He gave them my number, he’s a friend of mine, and they just called me,” says Bernabe. “They said ‘Hi, we’re from PBS, we’re doing a documentary on Latino students. And we heard about your story and would like to meet with you and interview you.’”

Bernabe agreed this time, and soon met with PBS, who “loved [his] story from the beginning.” He adds that he did not have to go through the whole “second interview” process and was selected immediately, though he had to keep it a secret from classmates who were also vying for a role.

“But they told me from the beginning they would like to do my story,” says Bernabe, laughing. “I couldn’t tell anybody until the end of it!”

Bernabe says that cameras were everywhere during the filming process, which lasted about a week during his senior year of high school. “They followed me in school, to all of my activities, I had a camera everywhere I was. In my house, in my room, there was a camera! They wanted to know everything about my life, my everyday life. It was awkward in school, the camera followed me to every class.”

He adds that other students, including those he didn’t even know, would come up to him, curious about the cameras. Making the documentary, Bernabe says with a smile, “was fun, because I like to be in the spotlight. I do!” Bernabe’s mother, who he lovingly describes as a “diva,” was all too happy to hear about her son’s role in the film. “She was so happy. She was like, ‘Am I going to be on camera?’ I was like ‘Yes, Mom, you will be.’ They interviewed her, she’s in the documentary. She was just so happy, she was like ‘My son is going to do something that’s going to inspire other people.’

Bernabe says the documentary’s goal “was to show the life of an immigrant.” He says that the students featured in the film “have had problems with barriers. Economic, social, it really didn’t matter, they just wanted to tackle every part of the American Dream. My story was more focused on being a homosexual in a Latino community, and not being able to speak the language.”

He adds that “it was all about showing that it is possible to make it, for us to be role models for those kids that are in high school that want to drop out because they don’t know how to speak English, or they’re homeless, or they just had a kid, just for them to have the incentive to move on, to fight for what they want, because it is possible to make it.”

It is easy to see why Bernabe is such a role model. Since coming to Denison this fall, Bernabe has been a part of Sazon, Outlook, and La Fuerza Latina, and he was also very involved in the Lawrence community in high school. He was president of his high school’s dance team and drama club, and would often perform in community events. He also helped to organize Lawrence’s “Semana Latina,” (a week celebrating Hispanic culture and heritage) and did a lot of community service.

Bernabe also published his own weekly newsletter about Lawrence called What’s Good in the Hood, highlighting positive news in the city and distributing the paper in local businesses. He says this was spurred by negative comments made about Lawrence in the Boston Globe, and wanted to show the good things in his city, “instead of highlighting the bad things.” DCGA President Ana Morales ‘14 was Bernabe’s mentor in high school, and inspired him to apply for the Posse Scholarship and to eventually come to Denison. Bernabe adds that “Denison has been a great experience so far. I’ve learned to be myself here.”

In addition to his impressive list of accomplishments, Bernabe was also interviewed by Oprah Winfrey for a special about Los Graduados that will air in the next couple of months on PBS. “Meeting Oprah was life-changing. She’s a real inspirational woman, she has made her way up from nothing. She inspired me to be better, and inspired me to actually look for my dreams,” says Bernabe. “The first thing she told us was ‘You’re young, and you should have a dream. And if you don’t have a dream, I want you guys to find a dream.’ It makes me look within myself and think, ‘What do I want to do? What’s my dream?’ It was just amazing seeing her.”

Los Graduados can be viewed online at pbs.org.