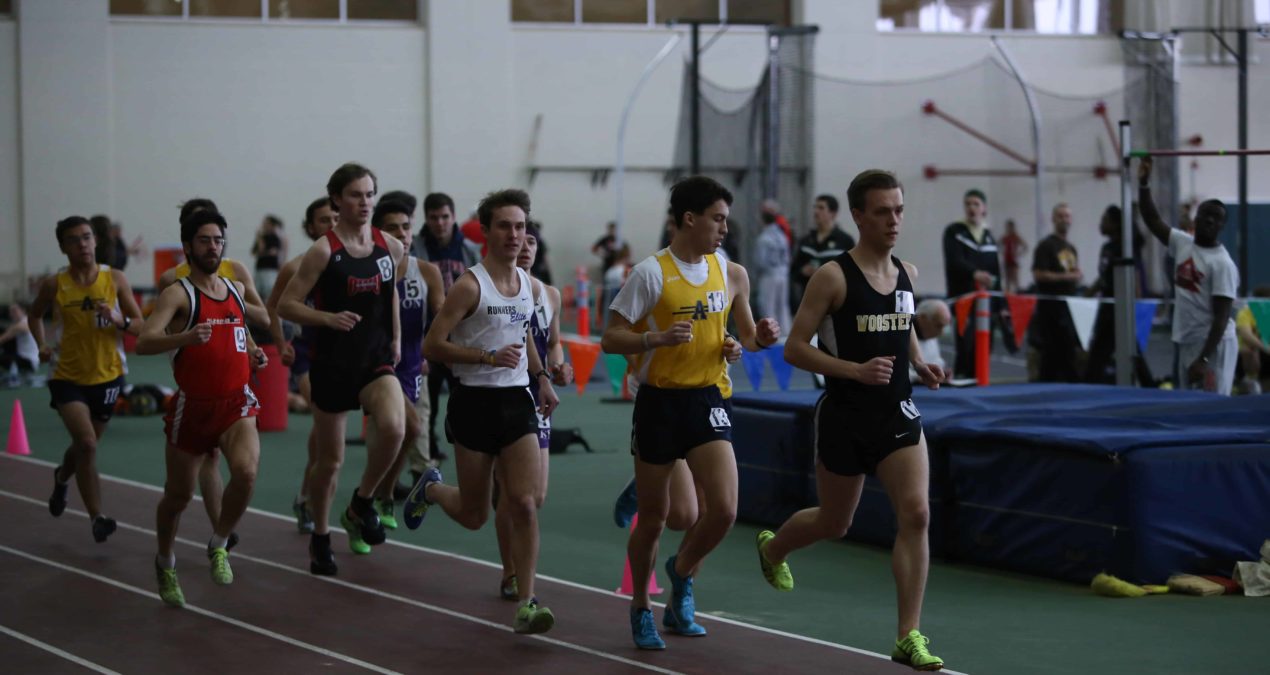 This past weekend Denison’s men’s and women’s track and field teams sent athletes to both the Kenyon College Classic and the Kent-State Tune-Up. While the Kent-State meet was left unscored, at Kenyon, the Big Red men took fifth place with a final score of 29, while the women finished in sixth with a score of 17.

For the Big Red women, Kate Benson ‘16 led the team with a victory in the 3,000-meter event and a final time of 11:27.47. Not far behind her, fellow teammate Gwen Gunter took fourth with a final time of 11:33.46. The women also gained points from Marina Townsend ‘15and Rebecca Fritch ‘16. Townsend was able to tie for fourth in the high jump event, clearing 4’7.75”, while Fritch shocked fans by throwing her personal best toss of 35’10.50” in the weight throw, which placed her in fifth overall.

At the Kenyon College Classic this weekend, the men’s total of 29 points was gained through over nine of the 15 total events. Andrew Groff ‘16 and Stephen Stitcher ‘14 placed second and third for the men in the 5,000-meter run, starting the men’s team off strong. Groff placed second overall with a final time of 16:00.91, while Stitcher finished not far behind with a final time of 16:50.82.

Edward Bailey III ‘17 also gave the men lots of points with three top 6-performances. Bailey’s best event was in the long jump, where he placed fourth overall with a jump of 19’0.00. He also placed fifth in the triple jump, 38’9.75”, and sixth in the high jump clearing 5’9.75”.

Come out on Friday to support Denison track and field, as they host the Last Chance Meet for the 2014 North Coast Athletic Conference Championship at 5 p.m. in the Mitchell Fieldhouse.