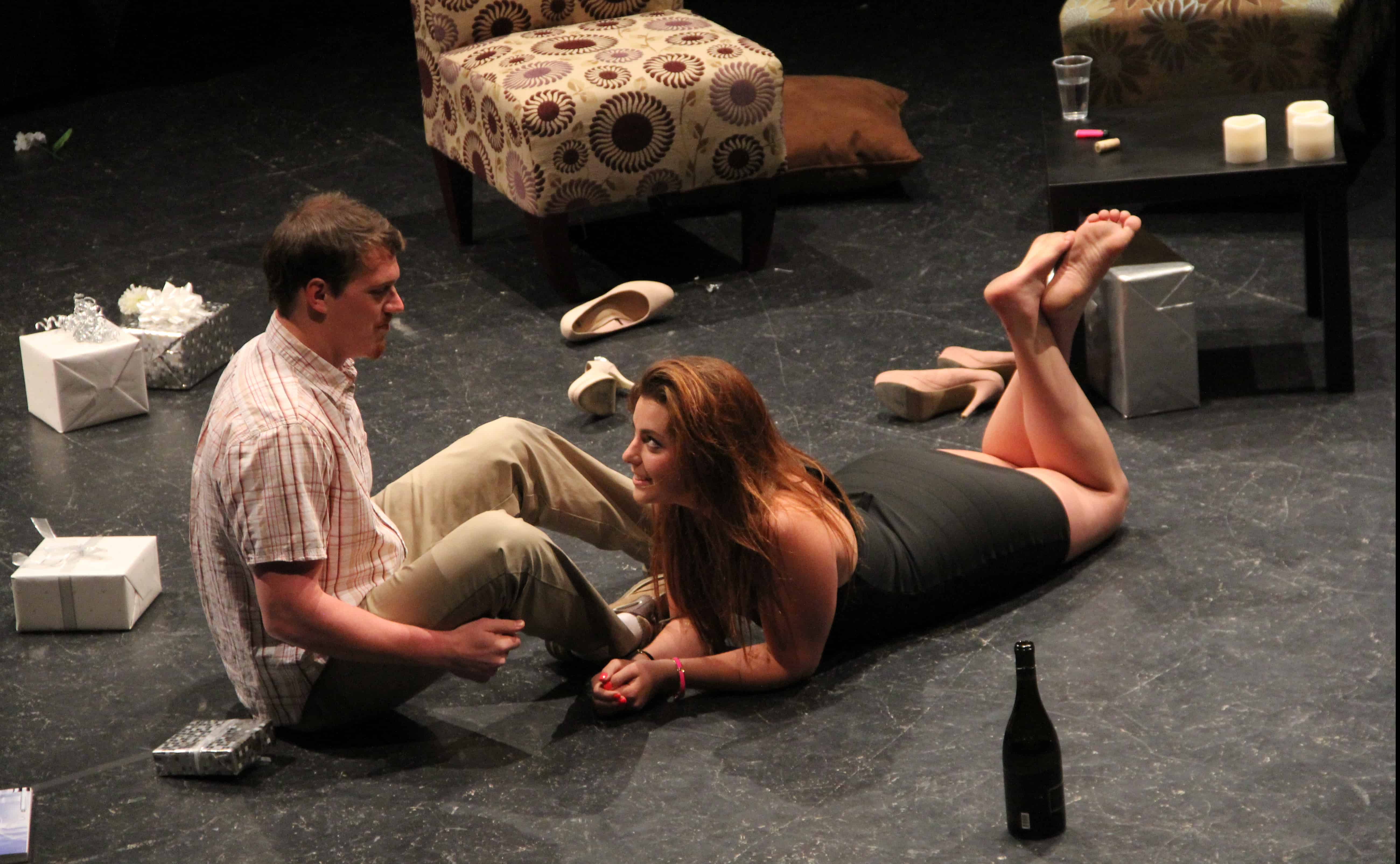 Audiences witnessed the shenanigans of sex, drugs and some rock and roll this past weekend at the Black Box Theatre in the darkly comedic play Bachelorette. The famous 2012 film Bachelorette is an adaptation of the play, which Lucy Jobe ’14 directed for Denison entertainment. Erin Katalinic ’16 and Nia D’Emilio ’16 as Becky and Regan in Bachelorette.

What started out as a six to ten minute scene as a final for Mark Seamon’s Directing Realism class this past fall semester evolved into the successful production of the full-length play.

Jobe recalls, “Going through the process of directing two people for a few minutes was a total thrill that has a lot to do with the content, but also with being in charge. My dad is an event planner, so I’ve been subjected to the creative process for my entire life. It came pretty naturally.”

After the success of her final, Jobe decided to pursue the full production of the play.

“I went at it from the idea that it was going to be the last semester of my senior year and I wanted to leave something for the school to enjoy,” says Jobe. “I worked with DITA [the Denison Independent Theatre Organization], Mark, and my best friend/theatre major, Laura, to get this show off the ground.”

Although directing came naturally to this Spanish major, she had only taken two theatre classes before, so challenges were inevitable.

Jobe claims that the biggest challenge for her was figuring out how to work with the actors.

“With so many creative minds in one area, you have to be able to take suggestions into consideration, but also realize that the final decision is yours.”

Jobe is happy with the final product, after months of hard work. Since she is not a part of the theatre department, Jobe believes, “as an outsider, I got a lot of people who usually don’t go to productions to come down the hill and check out what I had to offer. That is probably what I’m most proud of: exposing other ‘outsiders’ to the possibilities of the field when you get a bunch of young people acting crazy and loving every second.”

Jobe successfully got students to trek down the hill to appreciate the theatrical talents of the Denison students, and Bachelorette proved to be an enjoyable performance for all.