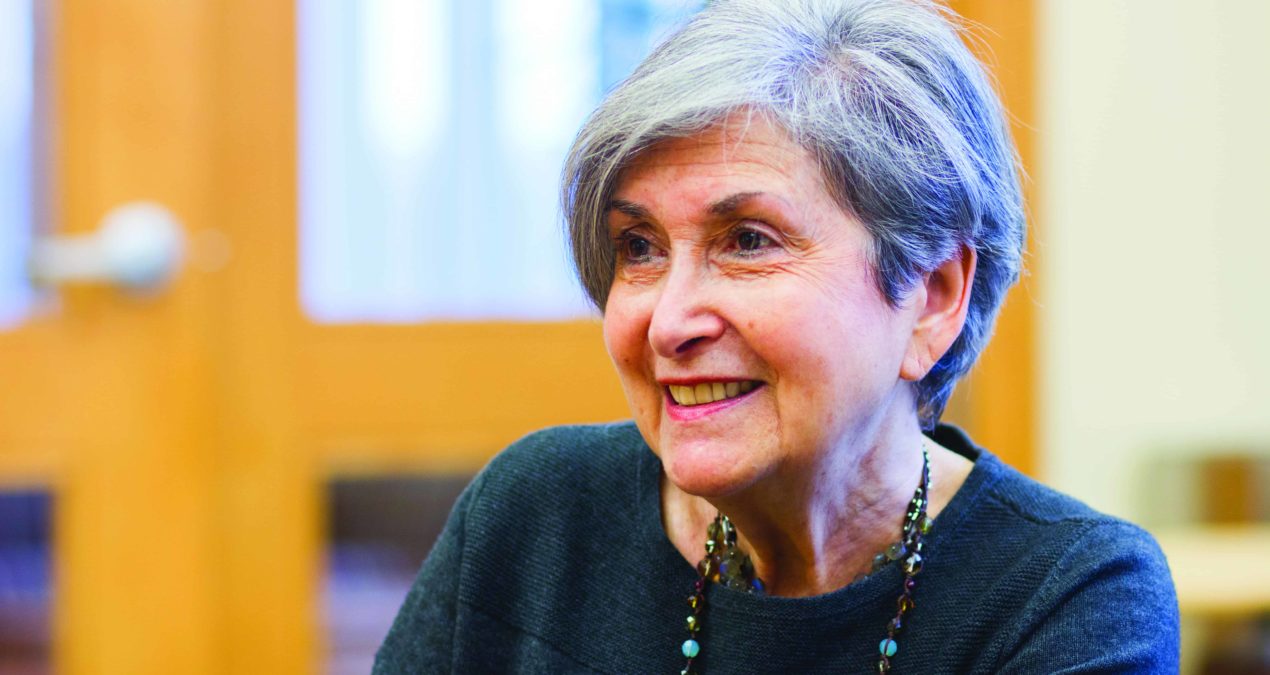 “I went to Philadelphia very soon after the decision was made and we were beginning to implement it, and I was meeting alums to answer questions,” said Michele Myers, the eighteenth president of Denison University. She continued, “Then a young man…stood up and he started haranguing me, saying, You are destroying the campus I love, you don’t understand men, […] you don’t understand what a fraternity represents to us, how much this was the reason we went to Denison…and I will never send my kids here.”

She asked the alumnus if he had any children; he told her he had a daughter.

This is what followed:

“I don’t know much about young boys, that’s true, but I know girls, eighteen and sixteen and seventeen. Here’s what a young girl will experience when they come [to Denison], particularly when they’re not particularly pretty, or a little heavyweight, when they’re not your very ‘popular’ girl. They don’t want to spend the night watching TV and eating pizza in their room, so they get dressed and they try to go to a fraternity party, because that’s the only parties there are. Then they walk to the fraternity, usually with a friend, and what the men do in all the fraternities is they come out [and] start shouting, ‘Cow!’, ‘Big tits!’, ‘Zero!’, ‘Dog!’ and other insults.

“They hear that, boy after boy after boy, and then they go into the fraternity. They’ve been a little traumatized by all this name-calling, which is not exactly nice, and they start drinking, to sort of forget it, and then they drink a lot. And then a guy will say, ‘Let’s go up to a room,’, and then he and his friends will go into a room, and then there’s sex, and you know, often one after another, and then the girl is left all by herself in the room, and she’s crying, she goes downstairs, she drinks some more and then she passes out. Now, if she’s lucky, her roommate will take her home to the dorm, if she’s not, she’ll spend the night on a couch that has so much vomit it’s just gross, and then the next morning, she will wake up and go out, and then there are some boys at their windows waiting for that, and they heckle the girl.”

“That happens every Saturday night,” she said. “Would you like your daughter to have her first sexual experience that way when she comes to Denison? Because it’s likely to happen.”

This was the Denison that Myers knew when she started here in 1989. “Becoming the president of a college was something I had aspired to,” said Meyers, who’d been the dean of students at the all-women’s college Bryn Mawr in Pennsylvania. Born in Morocco and raised in France, the concept of fraternities was foreign to Myers when she arrived in Granville. It was a perspective that she says was an advantage and disadvantage when she first proposed making fraternities non-residential. In the end, Myers was able to make what she says was a clear case to the board: “A lot of things held the college back in terms of academic reputation,” she explains, and “the norm was kids who came here for a good time.” Once Meyers and the Board succeeded in making campus housing completely residential, “the caliber of students applying to Denison changed radically within a year,” she said.

The reaction wasn’t all positive, though. Myers said she received over 800 “negative letters” from alumni; billiard balls found their way through the windows of Monomoy; roadkill was hung from her front porch.

The path was not an easy one, and required over two years of study and politicking. Nonetheless, the end of residential fraternities at Denison changed the college forever. After exiting Denison in 1998, Meyers became president at Sarah Lawrence College in New York, where she stayed until 2007. She retired to become a fiction writer, and was on campus last week promoting her new book,  Fugue for the Right Hand, which debuted last October to positive reviews. She splits her time between New York City and Paris.