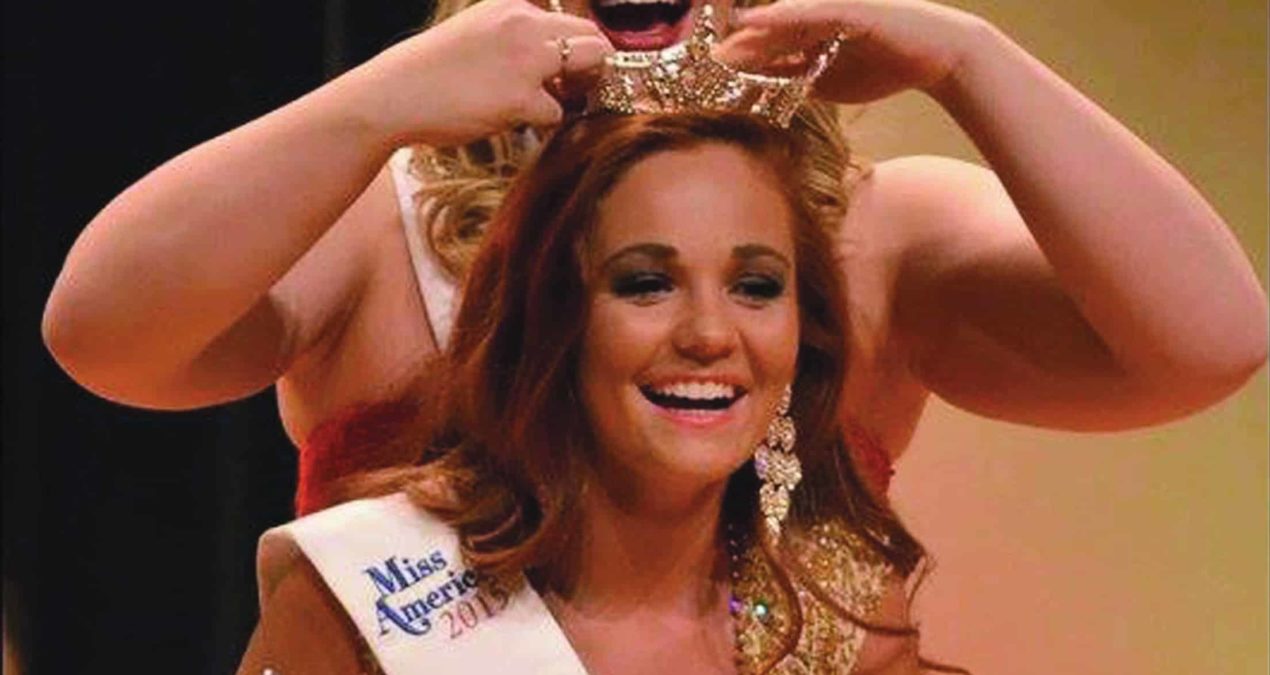 Amelia Hitchens ‘18 grew up watching Miss America. Years after she watched her first Miss America pageant and saw the winner walk across the stage donning a sash, a bouquet and a crown, Hitchens herself entered her first beauty pageant during her sophomore year of high school when she was just 15 years old.

With the title of Miss Buckeye State under her belt, Hitchens prepares to compete in the Miss Ohio pageant, which takes place on June 13 to June 20 in Mansfield, Ohio. Hitchens, an 18-year-old communications major from Newark, Ohio, is the youngest participant in the pageant, and she will compete against 21 other contestants, with the oldest being 24 years old.

Hitchens said that the beauty pageants she competes in are nothing like the ones that are on television. She said, “Pageants aren’t the stereotypical thing that you see on Toddlers and Tiaras or Honey Boo Boo. There are pageants out there like that but the ones that I do are very scholarship oriented. You have to have the looks but it’s mostly about scholarship and community service and having style.”

If Hitchens wins the Miss Ohio competition in November, she will likely take a year off of school to compete in the Miss America competition because the contestants usually have events booked every single day.

“You get paid [as Miss Ohio], so everytime you go to an event they’ll pay you to be there because you’re like a celebrity,” she said. “You’ll go to parades, festivals, talking to elementary school kids and they do a lot of fundraising.”

The young competitor said that taking a year off from school would be difficult, but she would do her best to attend as many Denison events as possible to remain a member of the community.

Hitchens said that watching the Miss America pageant each year was only one influencing factor in her decision to enter into the beauty pageant world. She also wanted to follow in her mother’s footsteps, who also competed in beauty pageants, although her mother never forced her to enter them.

Hitchens said that having a mother who competed in pageants did influence her decision to begin participating in them, but “she was never like ‘do you want to do pageants?’ It was me going to her and asking if I could do them.”

The first pageant Hitchens competed in was the Miss Columbus Teen pageant. She said, “I didn’t place but as a first experience, it was really fun. I met so many girls. From that very first one, it encouraged me to do more because I had so much fun.”

Since her first pageant, Hitchens has competed in about 10 or 11 other pageants. While participating in pageants, Hitchens said that she has made a lot of friends whom she also enjoys seeing perform.

Hitchens, who is also the oldest of five siblings, said that her involvement in beauty pageants also inspired her younger sisters to begin competing as well. Abbey Hitchens, a junior at Newark Catholic High School, and Katie Hitchens, a freshman at Newark Catholic High School, also began competing in pageants shortly after their big sister with Meggan Hitchens, their nine-year-old sister, just breaking out into the beauty pageant world.

Amelia Hitchens said that it is convenient to have two younger sisters also competing in beauty pageants because “usually we compete at a lot of the same pageants together so you’re going in with people you know already. At home, we practice our interview questions together and we do our talents together. We share dresses and it’s brought us a lot closer.”

Even off the pageant stage, Hitchens impresses her teammates on the cheerleading squad. Allison Lopez ‘18, another member of the cheerleading squad, said, “She brings positive energy to the cheer squad and is always willing to try new things and encourage others to do so as well, which has definitely been an asset to the team. While watching her cheer you can tell how much she truly enjoys it and has a natural talent for it, which is awesome, and I think she approaches her pageants in the same way.”