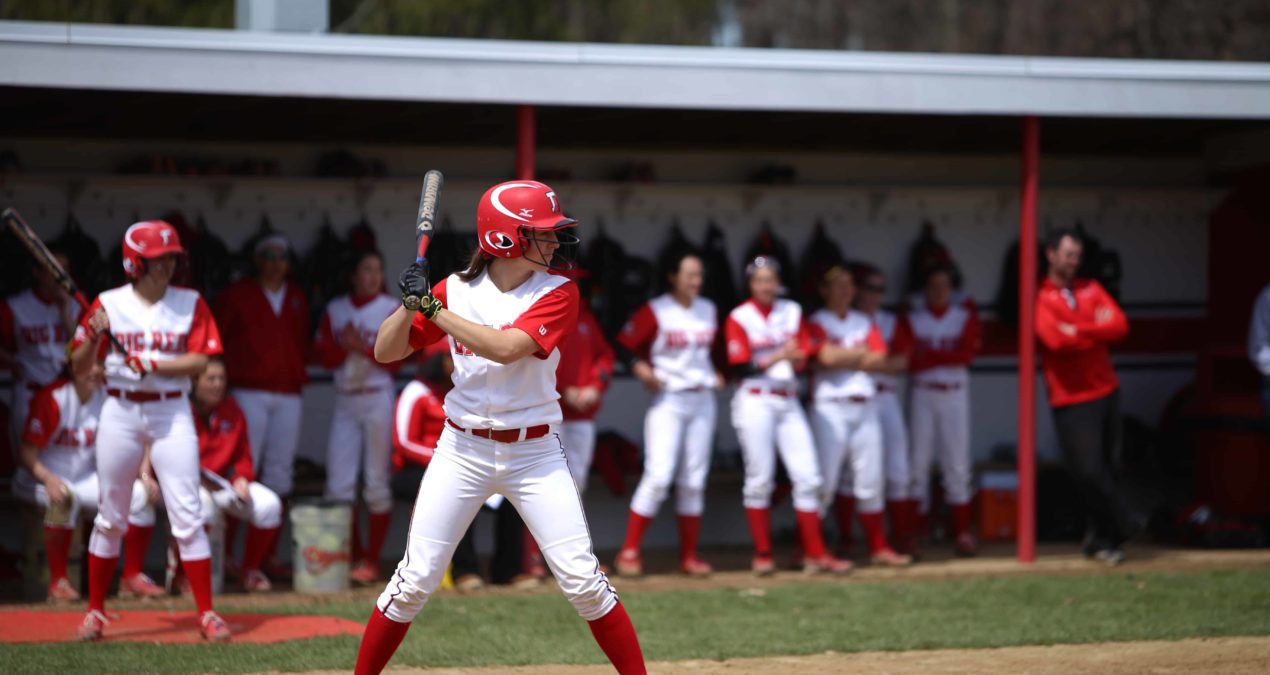 The Big Red softball team went 5-1 in a week of three doubleheaders against Wooster, Capital and Hiram. Ryan Lee ‘17 swings at a pitch. The women mustered up 25 runs in two games against Hiram.

“We all knew that these games were extremely important to win so we were really determined to get it done,” Annie McAuliffe ‘16 said. “We also talked a lot with coach about how we can’t overwhelm ourselves by thinking about all these games collectively, we have to win one inning and one pitch at a time and just focus on the here and now.”

The double-header against Wooster on April 22 was highlighted by doubling Wooster’s run total 22-11 where they out-hit the Fighting Scots 31-12.

“Sweeping Wooster made me so excited for the rest of our games and so proud of my teammates,” McAuliffe said. “We knew Wooster would be doing everything in their power to beat us, but every time they came close to any kind of comeback my teammates fought back and secured the wins.”

The second double-header was on the road against the Capital Crusaders, a non-conference opponent on April 23. After a lopsided 13-3 loss, the Big Red won in a closely contested second game, 12-11.

“We knew we had to do a much better job hitting if we were going to win the second game. Losing the first game was a pretty good wake up call and we looked much more confident and focused during the second one,” McAuliffe said.

In the final double-header against Hiram, DU was able to pull off another sweep with two dominant victories. The Big Red won the first game 13-4 and the final game 16-6.

“We knew it was important to do well against Hiram for our conference rankings, and after sweeping Wooster and coming back with a win against Capital we felt super pumped and ready to get two wins,” McAuliffe said.

The team’s hitting was solid in both games, as the women combined for 31 hits.

“What I thought was really great about today was that we never backed off for even a minute, no matter what the scoreboard said,” McAulife said.

The Denison Big Red softball team will turn their focus to season finale against the Ohio Wesleyan Battling Bishops, which is also senior day, on April 27. Results were not available at presstime.