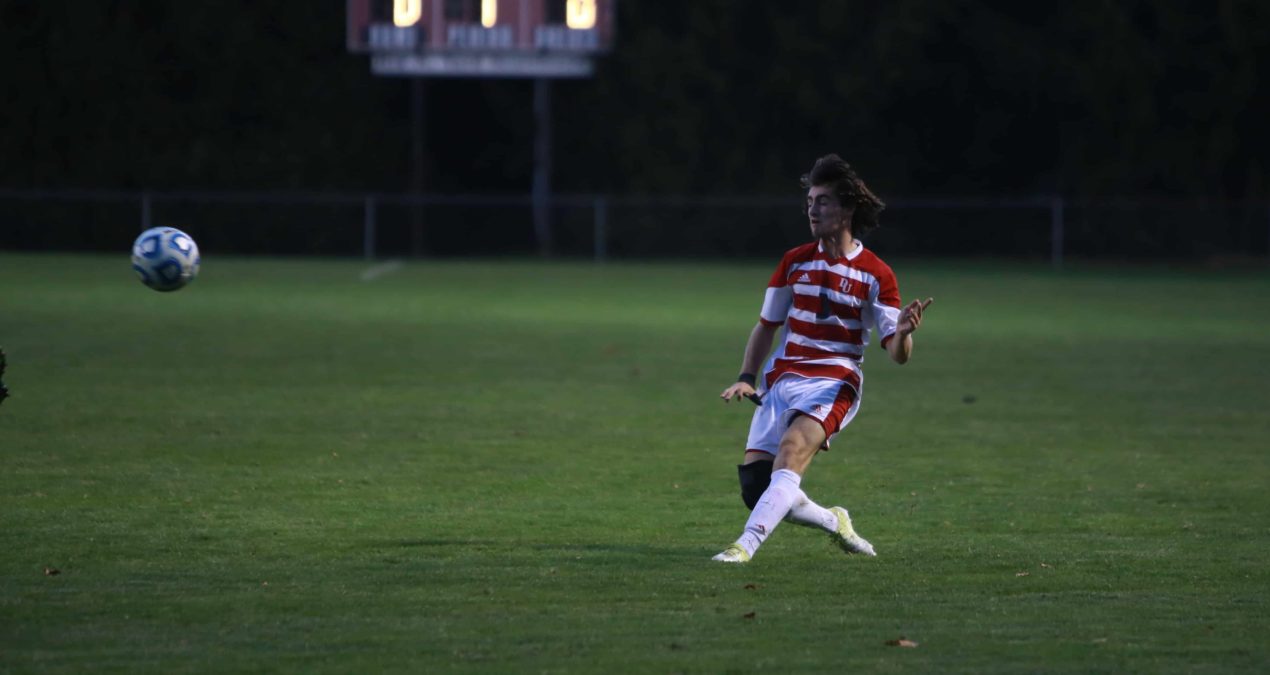 The final whistle has blown on the Denison men’s soccer team’s 2015 season. The squad, which went undefeated through the first 10 games of the season, suffered a 2-1 back-breaking double-overtime defeat to Oberlin in Granville.

The match was a defensive struggle from the outset. DU stayed even with the Yeomen for the first 35 minutes before the Oberlin offense sneaked a shot past goalie Blake Schach ‘16.

Most of the season, when the Big Red fell behind early, they managed to catch up with a quick response goal.

From there, they would be able to hold off the opposing offense and score a second and third goal while leaning on the stellar Big Red defense.

This time, the Denison offense caught up with a quick response goal only a few minutes after falling behind. 34 seconds into the second half of the match, Jake Girardot ‘18 took a shot that was knocked away by the Oberlin goalie. On the follow-up, Karch Majtenyi ‘19 headed the ball into the back of the net to tie the game.

For the next 54 minutes, both defenses held firm and the score remained fixed at 1-1 heading into overtime.

Defender Ryan Fine ‘16 helped outline what turned out to be the key to the game.

“What’s been instrumental to our success thus far is our consistent effort throughout the game,” Fine said. “In year’s past we tend to perform strong in the first half and suffer a performance drop in the second.”

“A common theme this year emphasized by Coach Russo and Coach Steve is playing with the same intensity throughout the 90 minutes.”

Even with the spectacular goal from Majtenyi to even the score, the Big Red could not maintain their intensity late in the match. 13 minutes into overtime, Oberlin’s offense set up a corner and buried a header past Schach.

The score would prove to be a dagger, and, after earning a stellar 11-2-3 record, DU felt the sting of defeat for the third and final time this season.

The team’s two seniors, Fine and Schach helped the program to 38 victories during their time in Granville and their defensive presences will create a hole that Rob Russo will need to fill next season.

Six junior names are listed on the roster this season and time will tell if their winter preparation for 2016 will bring them even more success next campaign.  For now, the only option for men’s soccer is to wait and to work.

After Bucks strike, players wield more power than ever