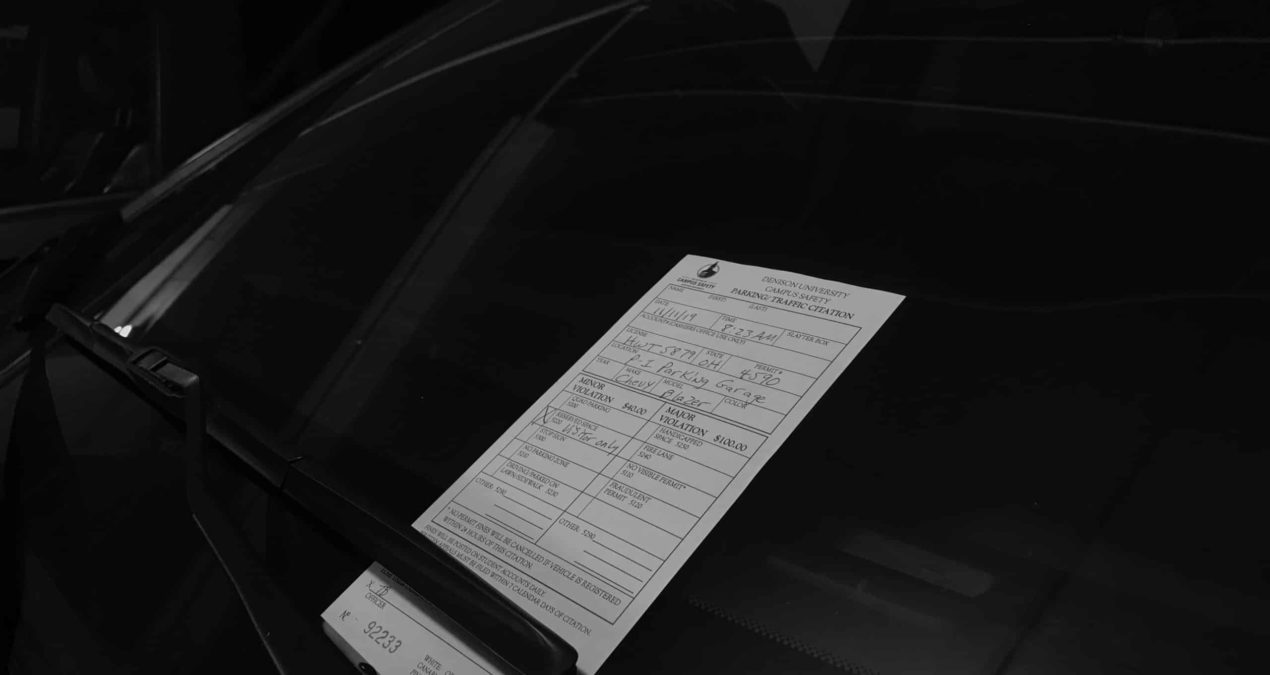 ALINA PANEK, Editor-in-Chief—Parking has been a headache for Denison students. With more than 200 spaces taken away from students due to construction, students have been scrambling to figure out where to park. They have been complaining that Campus Safety officers have been more aggressive with ticketing, resulting even in a petition to help the “parking crisis.”

As of Sept. 16, about two full weeks into the 2019-2020 school year, officers had issued 290 citations to students. The entire year before Campus Safety issued 1,284 citations, averaging 38 tickets issued a week. At the second week of school this year, students already had seen about a 79.96% increase of issued citations with an average of 145 tickets a week. At the end of the semester, Mary Lindsey, Assistant to the Chief of Campus Safety, confirmed on December 11, 1,192 tickets had been issued.

“I would tell people it isn’t even worth the hassle to have a car on campus,” said Jo Klinedinst ‘20. “ I moved my car into the parking garage and made sure to park on P2 because I had parked there overnight twice before without receiving a ticket, and when I registered for my parking pass Campus Safety only told us that parking was off limits in P1 during restricted hours. I ended up leaving my car in the parking garage overnight for two days because I didn’t need it in the time between. By the time I got to my car after two days, I had two tickets for the same violation which I wasn’t even aware was a violation. I desperately tried to appeal these two tickets, explaining that I had purposely tried to move my car into a spot that I thought was permissible: I had parked there overnight before without getting ticketed and had never been informed that it wasn’t.”

Her main complaint is that the citation policy is not enforced equally. “In past years I’ve been around people who know the campus safety officers well and got a phone call or visit to their room telling them to move their car if they don’t want a ticket,” Klinedinst said. “In my personal experience, I felt improperly informed about specific rules about the parking garage which led me to park there because I thought it would get me out of a ticket.”

In the past year, 290 parking spaces have been displaced to create construction zones for the new buildings, the social spaces that reside on the former senior Brownstone apartments’ parking lot and the senior apartment building Silverstein that is currently being constructed on the senior Sunnies’ senior apartments.

The first announcement lost parking came during at a 2018 Community Advisor training, Lindsey, Assistant to the Chief of Campus Safety, explained the loss of the 50 student spaces of Swasey parking lot to faculty parking, but attempted to reassure the students by releasing the service designation for eight parking spaces on east quad.

Students were upset. How could students feel reassured with the loss of 42 space when it was already difficult to find parking? The following semester they announced the loss of 290 parking spaces of the Sunset and Brownstone apartments.

Seniors were livid. “The fact that we were informed about these parking changes only a week before spring break is infuriating,” Rhayna Kramer, an alumna from 2019, wrote on the Facebook group Denison University Student Body in spring 2019. “Furthermore, some of us, including myself, are seeking jobs in the Columbus area, and need to have access to cars for interviews. We paid the registration fee to park on campus, and we should be able to do so without hassle, ESPECIALLY because seniors have family coming for graduation and/or move-out.” Kramer then called for others who were angry to email Campus Safety.

The tension between students and Campus Safety was high last semester. As previously reported by Mara Kilgore in the Denisonian edition in April 2019, Campus Safety received between 125 and 150 emails from students with constructive criticism, complaints and support. “O’Neill says that making changes to parking is difficult because our hill doesn’t allow for much mobility,” Kilgore wrote. “He stresses that he understands the difficulty of seniors being displaced.”

At the beginning of 2019 – 2020 year, Evan Brooks ‘20 started an online petition on Change.org to rally students together to create change in parking policies.

“It started to become a problem when the Swasey parking lot became restricted for students living on east quad,” says Brooks. He heard from many of his friends with cars as well as noticed himself the increase in ticketing students for parking in restricted areas.

The guidelines that Campus Safety operates under are for community based policing started about four years ago. It was an initiative under the former Chief Daniel Hect, and Vice President of Student Development Dr. Laurel Kennedy for his hiring.

Lindsey sees this as an opportunity for them to learn. “We’ve taken this approach so that we’re learning instead of being angry and looking for problems,” said Lindsey. “We have now made it into a learning process and about compromise.”
Until the last construction project is done, the Silverstein apartments, Campus Safety will continue to try to adjust the campus to the new parking landscape.

“It isn’t our goal, writing tickets,” O’Neill said. “Hopefully the students will park where they’re supposed to. We would love to get back to not worrying about it.”